A project aimed at enhancing MyEd, the University’s user-centred portal, has recently been completed.

The project focussed on improving the user experience of MyEd, in particular for students, as well as undertaking some more technical improvements to help with future updates.

MyEd is composed of over 100 channels, and is the University’s main access to services including student records, accommodation information and course enrolment.

To ensure the new enhancements best served student’s needs, a series of workshops and focus groups involving students were carried out throughout the project. This process included a preview period of the new design, during which students were encouraged to give feedback ahead of the final switchover to the new MyEd which took place in early July. 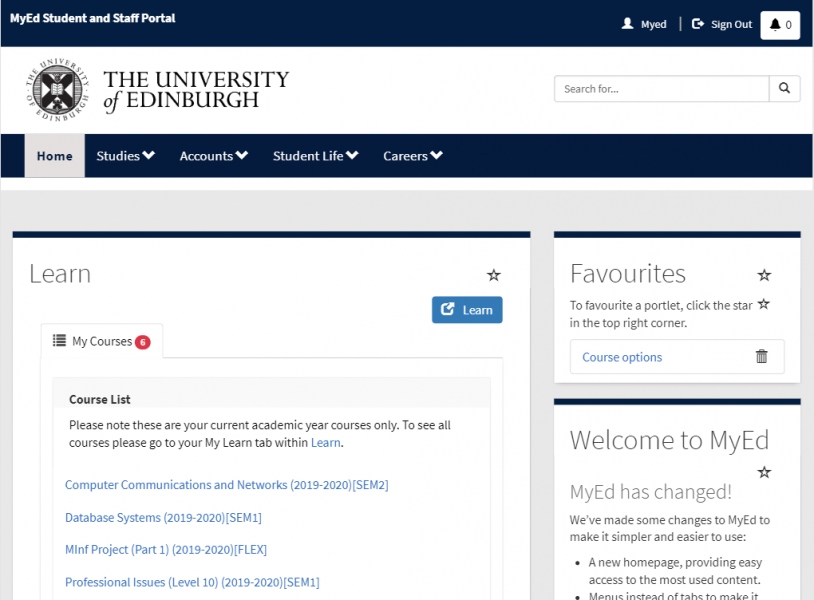 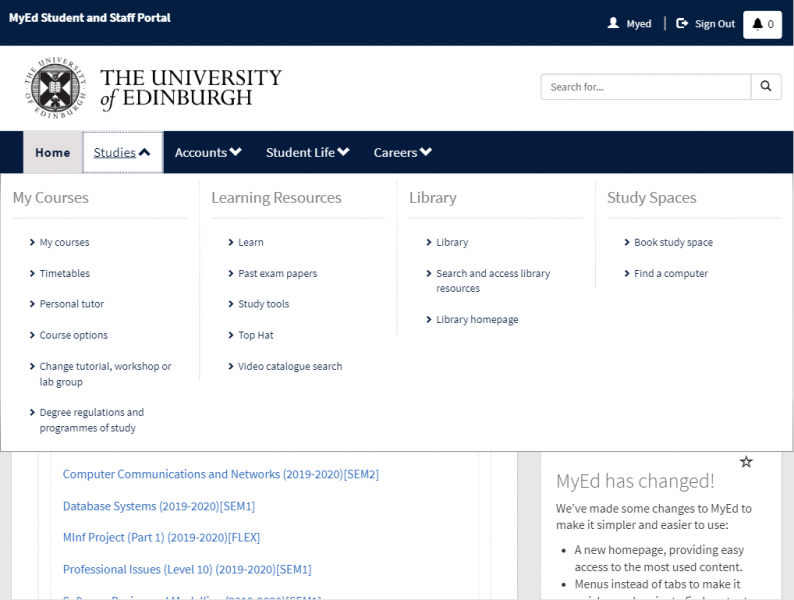 The project also focussed on the compatibility of MyEd across different devices, and included a new mobile-friendly layout which is intended to be easier to navigate and have a faster loading time.

Other technical improvements made to MyEd by the project are aimed at supporting greater continuous development of the service, which will allow for changes to be made more easily and in less time in the future.

Good teamwork was a crucial part of the project, and the support and direction given between teams really helped create a supportive work environment and build project momentum

MyEd Improvements on the way

The Refurbishment of MyEd