Description of the project

Throughout the main Edinburgh College of Art (ECA) building, students and visitors will come across 25 photo panels relating to a landmark exhibition, entitled Strategy: Get Arts (SGA), held here as part of the Edinburgh Festival in 1970. They mark the 50th anniversary of this pivotal event.

During SGA, the work of 35 post-war artists, based in the dynamic city of Düsseldorf, several of them now canonical figures, including

transformed the college into a ‘total work of art’.

Invited to Scotland by the gallerist Richard Demarco, the instigator of SGA, many of these artists came in person, effectively staging a provocative college ‘takeover’ that caught the attention of the British and international press.

Demarco realised that ECA, his alma mater, would be an ideal venue for the expanded concept of art represented by this ‘Düsseldorf scene’, art that would otherwise expose the physical limitations of any ‘white cube’ gallery space, including his own gallery at 8 Melville Crescent, Edinburgh.

The photographs seen on these panels are either by

The panels include the Beuys interpretation sign outside on the green space of ECA, located next to the rock from Salisbury Crags and Scottish oak sapling, planted in 2021 in honour of the centenary of the birth of Joseph Beuys.

In the main building, the panels are sited mostly by the doorways to studios, or on corridor walls, indicating the locations where work by the SGA artists was installed or performed, sometimes individually and sometimes collectively, often with the assistance of a group of ECA students.

QR codes create a link between this website and the panels. Scanning these QR codes take the visitor to the relevant webpage to receive more information on the art shown and the exhibition more generally.

The striking images on the photo panels, along with many other images, can also be found in a publication devoted to this exhibition, entitled Strategy: Get Arts. 35 Artists Who Broke the Rules (2021), produced by Studies in Photography in partnership with Edinburgh University Press. Written and edited by Christian Weikop, it also features guest contributions by other academics and curators from ECA and the National Galleries of Scotland, as well as individuals directly involved with Strategy: Get Arts in 1970.

Find out more about the book on the website of Studies in Photography. 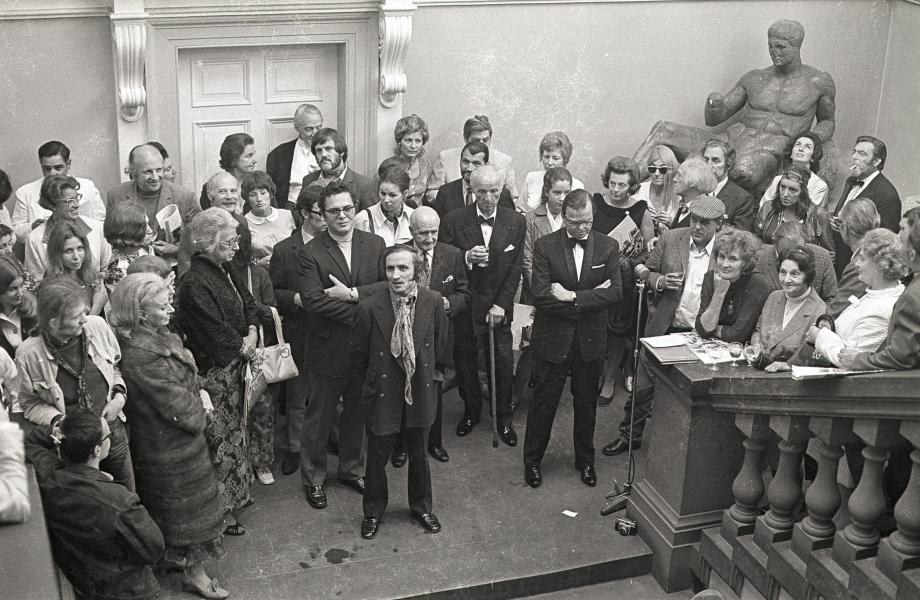 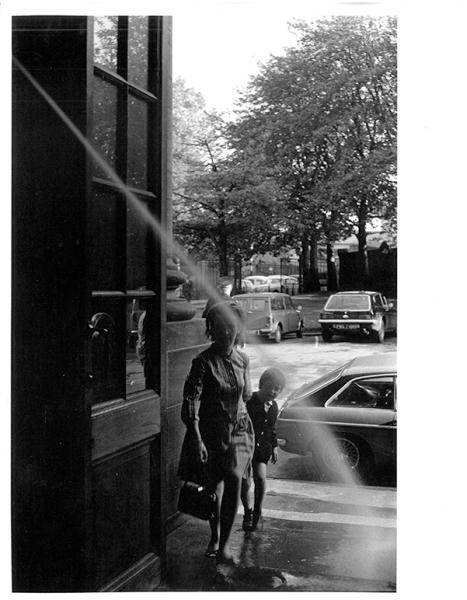 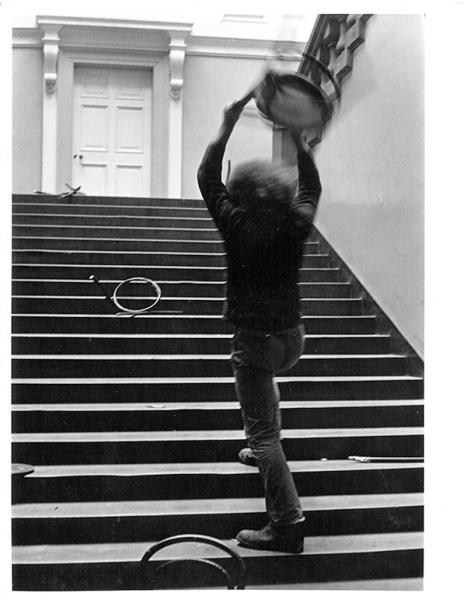 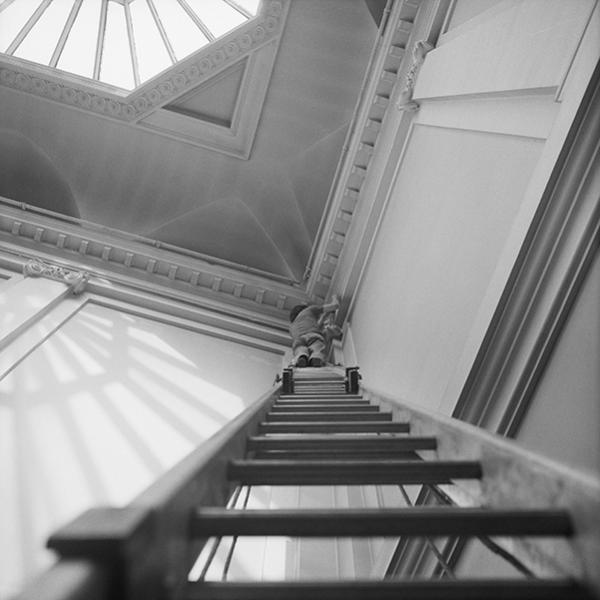 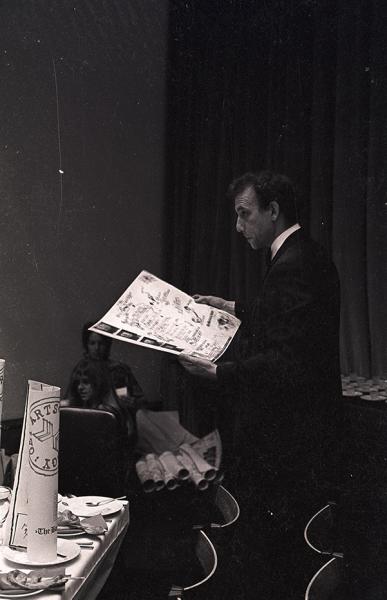 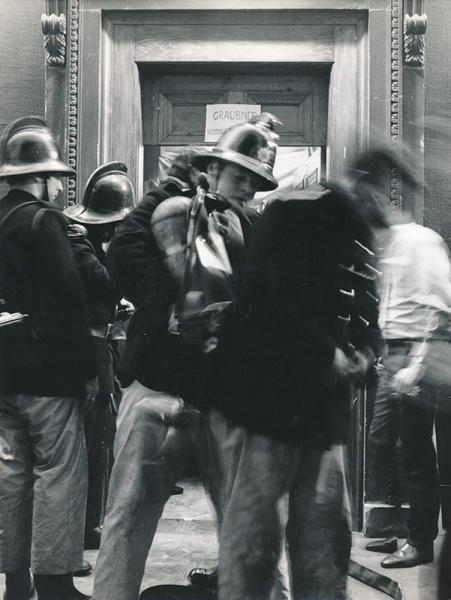 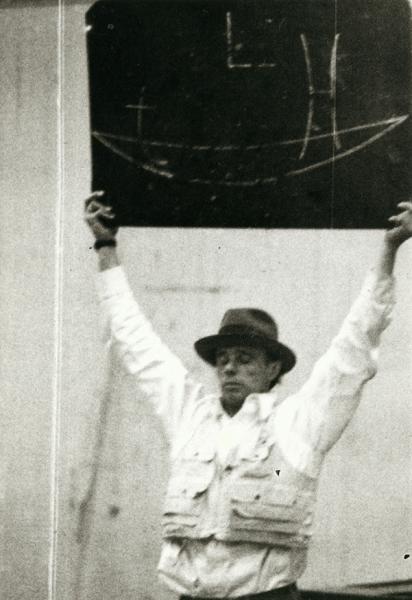 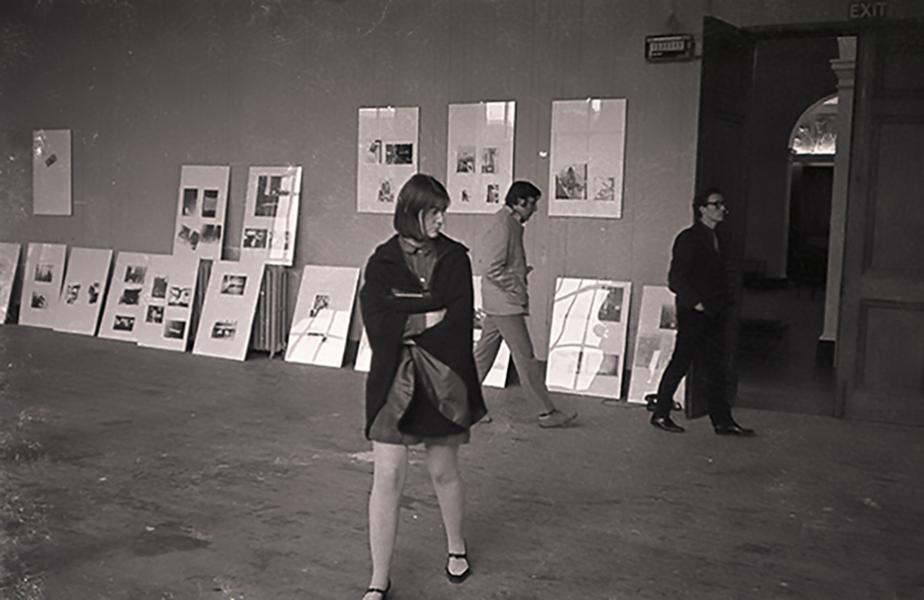 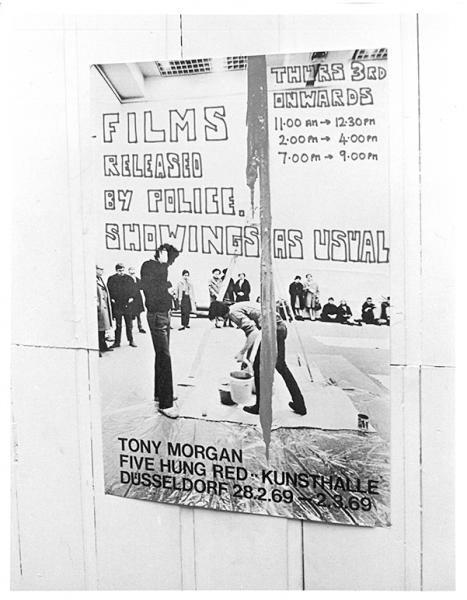 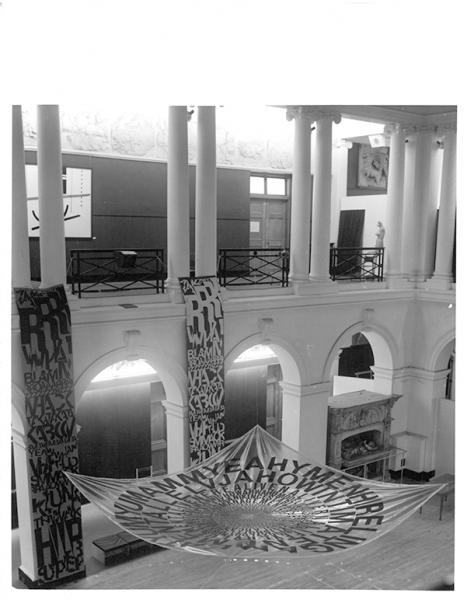 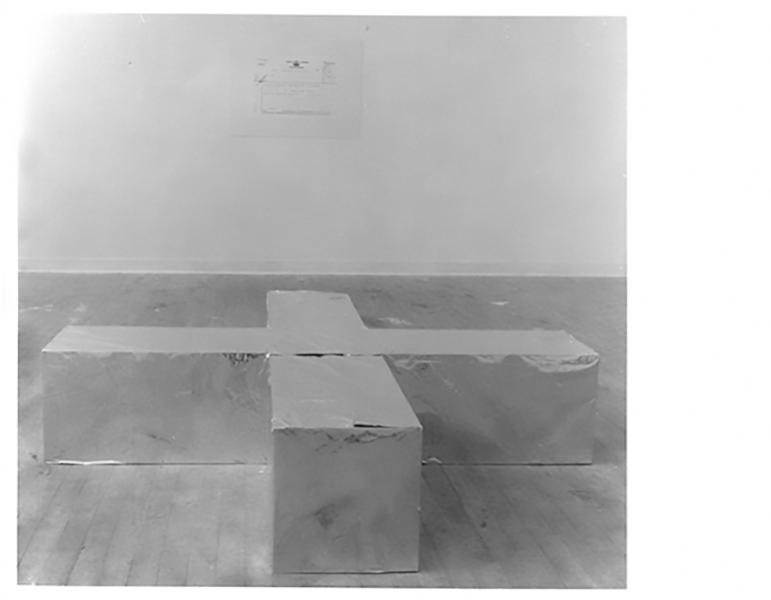 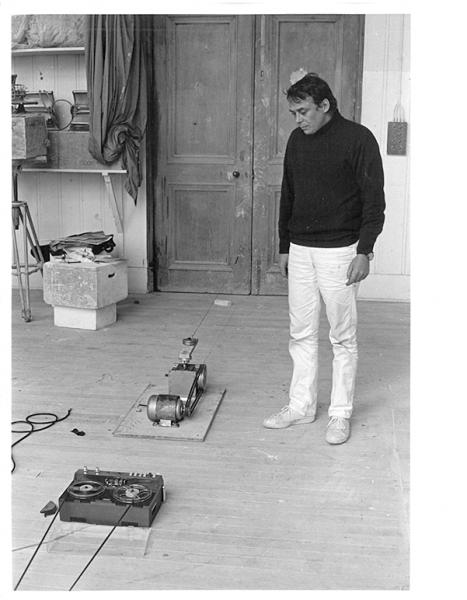 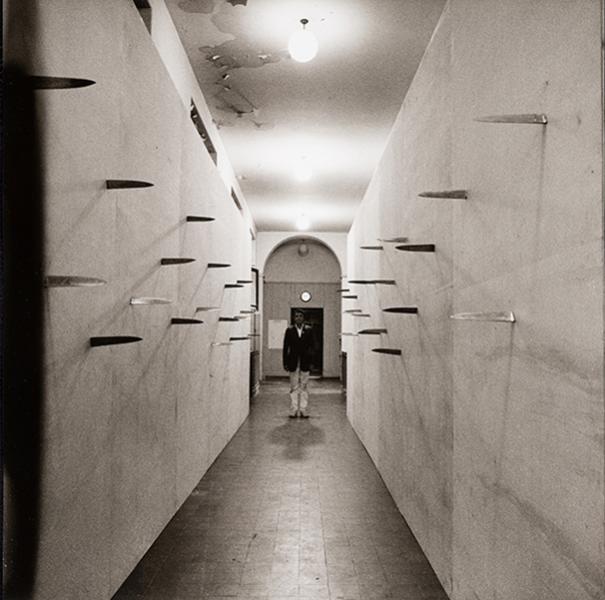 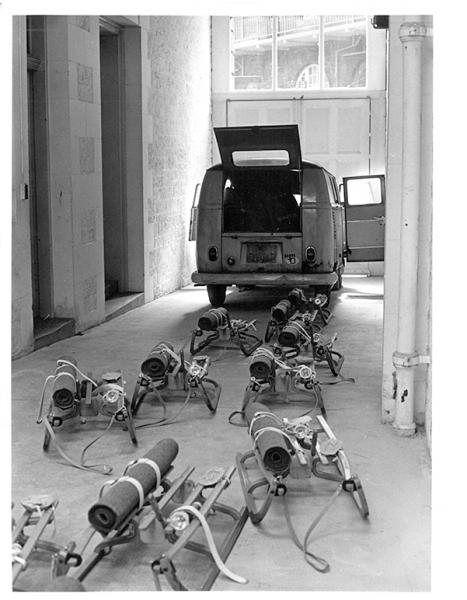 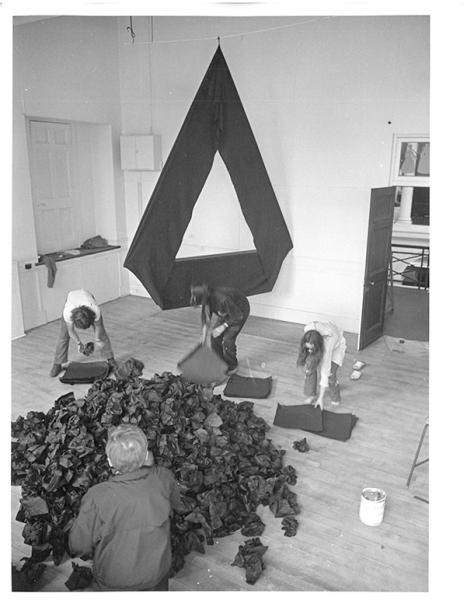 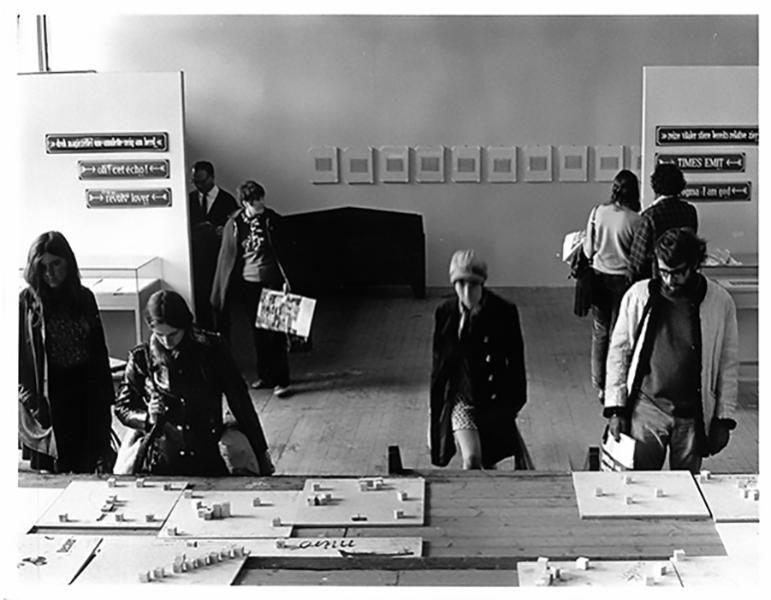 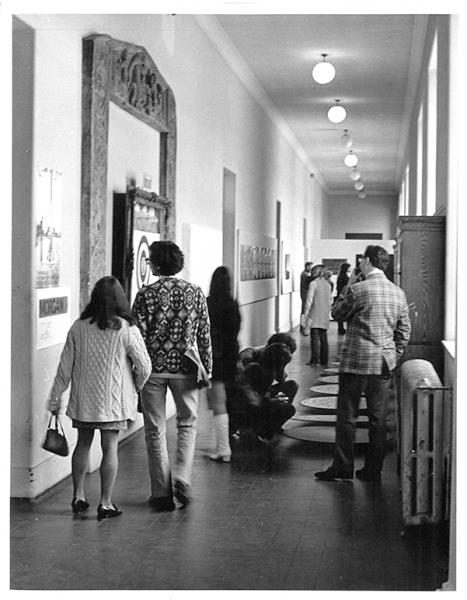 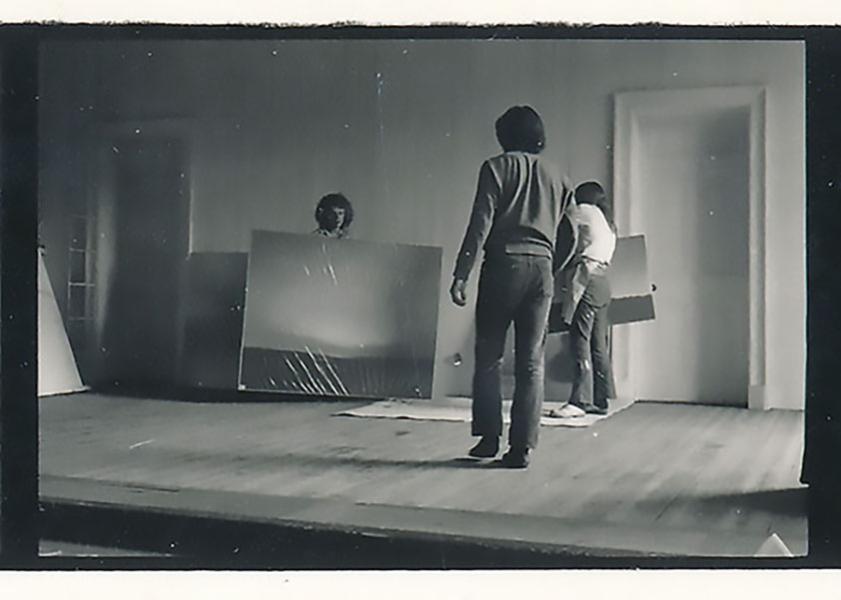 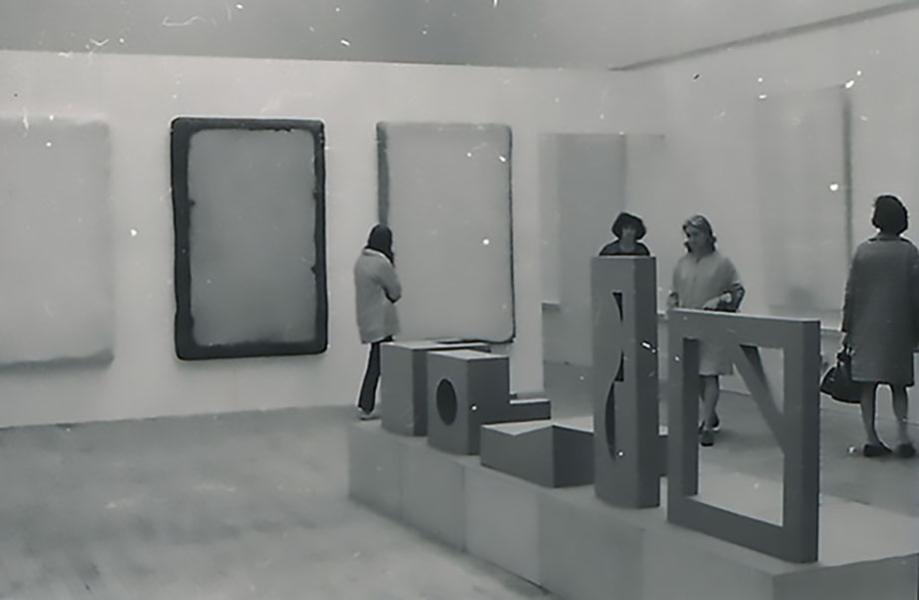 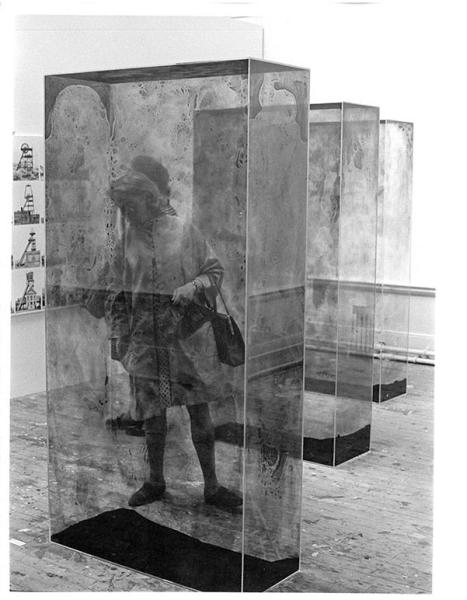 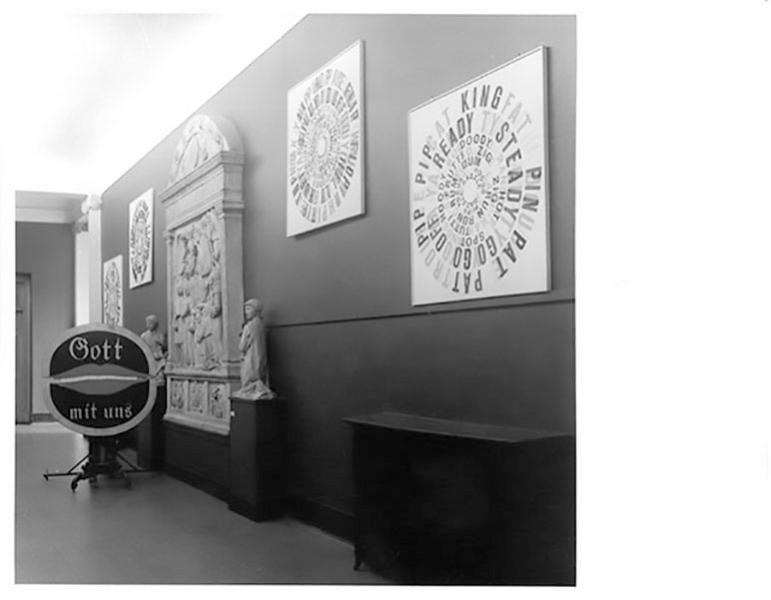 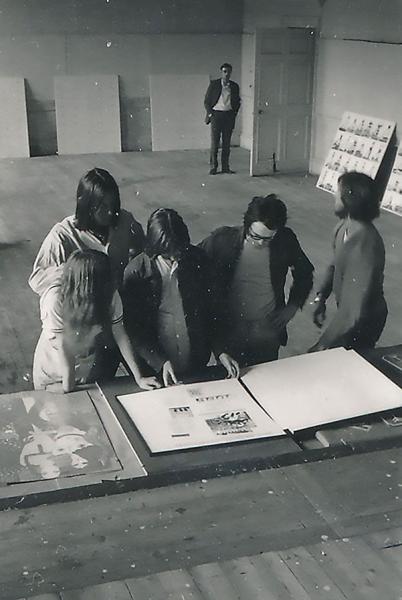 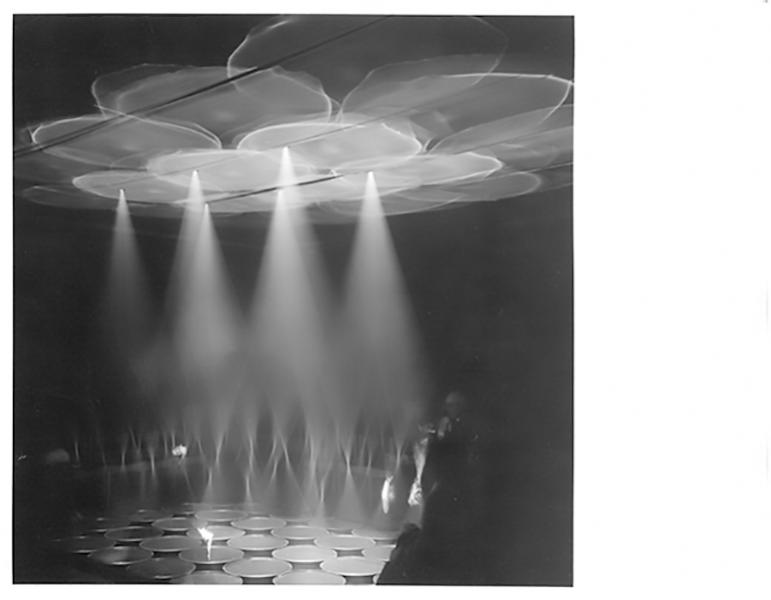 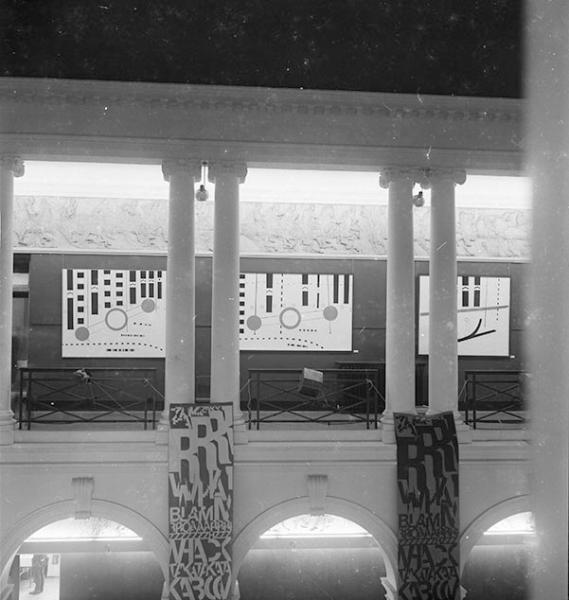 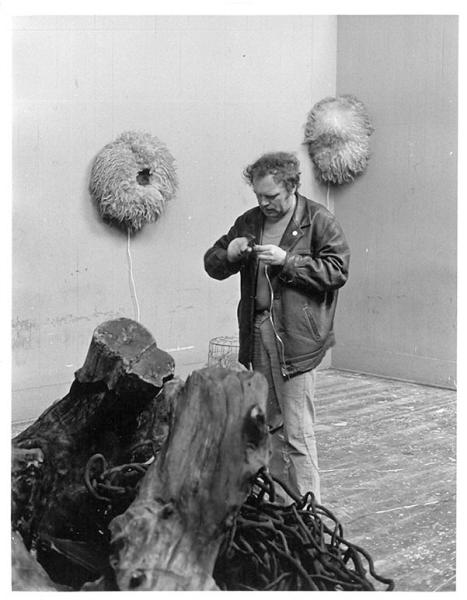 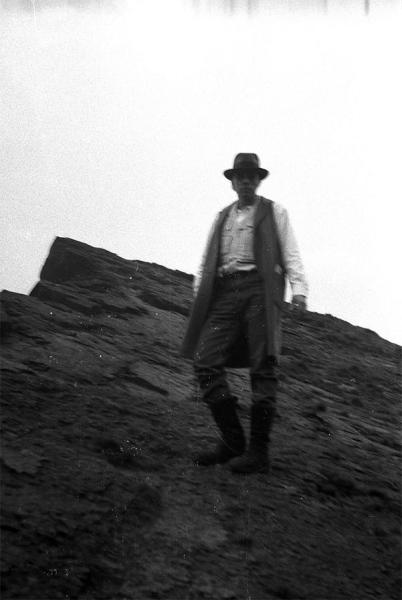 Read on about Dr Christian Weikop: project leader and acknowledgements