Working as a student assistant with the Düsseldorf artists at Strategy: Get Arts (1970) inspired the young Alexander Hamilton and changed the direction of his artistic career.

Born in 1950, Alexander Hamilton was brought up in Caithness, not far from Dunnet Head, the most northerly point of the UK.

This region, this large, rolling expanse of peatland and wetland, known as the ‘Flow Country’, is a wild blanket bog habitat. A desire to creatively respond to this extraordinary landscape, to engage in nature, in part motivated Hamilton to enrol as an art student at Edinburgh College of Art (ECA) in 1968.

1968 was the year of a wave of student unrest, which among other things, questioned the conformist organisation and lack of relevance of educational establishments to contemporary society.

In British art schools, this eruption of disquiet started with a six-week occupation of the central building at Hornsey College of Art in London in May 1968. The protests rippled out as far as Edinburgh, but developed in a less radical fashion.

In August 1970, having already studied sculpture, Hamilton was preparing to go into the Drawing and Painting School as a third-year student.

An opportunity arose to participate as an artists’ assistant for an exhibition, entitled Strategy: Get Arts, that was to be staged at ECA between 24 August and 12 September 1970 as part of the Edinburgh Festival programme, principally initiated and organised by Richard Demarco and Demarco Gallery staff, in close collaboration with the Kunsthalle Düsseldorf.

This exhibition brought 35 artists who were based in the dynamic city of Düsseldorf to a somewhat sleepy Edinburgh for the first time, including now famous German artists such as

Hamilton appears in photographs by George Oliver (partner of Guardian art critic Cordelia Oliver), who was hired by the Demarco Gallery to photo-document the exhibition, and whose work appeared on the distinctive SGA catalogue cover designed by Demarco’s ECA contemporary, John Martin.

Hamilton can be seen, along with other student assistants, helping various artists install their ‘environments’ in ECA studio spaces.

He assisted Reiner Ruthenbeck, who would create a small mountainous pile of crumpled black paper on a studio floor, which he referred to as a ‘highland’.

He helped Beuys in the installation of The Pack, and worked with Uecker to create a dramatic corridor of knives.

Hamilton also sourced chairs from Sam Burns' Yard in Prestonpans, which Wewerka and others then smashed on the grand staircase of ECA, in homage to Sergei Eisenstein’s Battleship Potemkin (1925).

He was also instrumental in helping Gotthard Graubner set up his Homage to Turner, a ‘mist room’ in a confined foam-surfaced studio space. 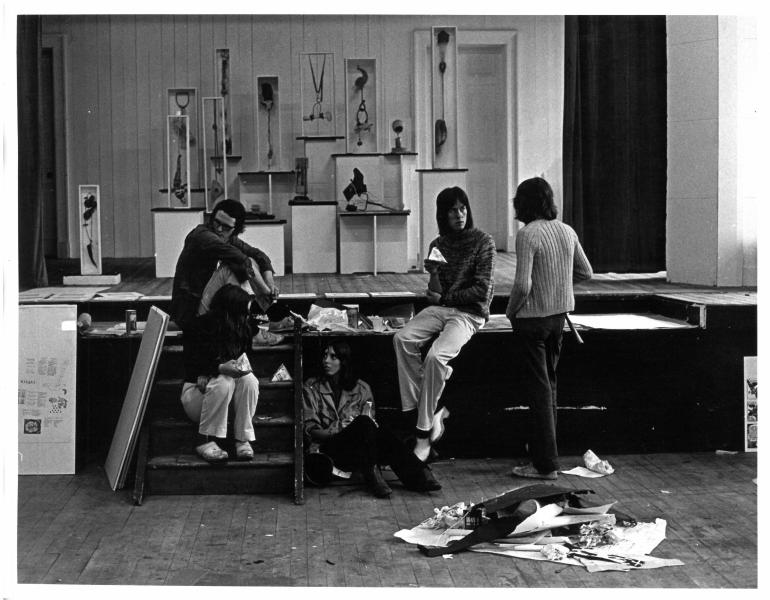 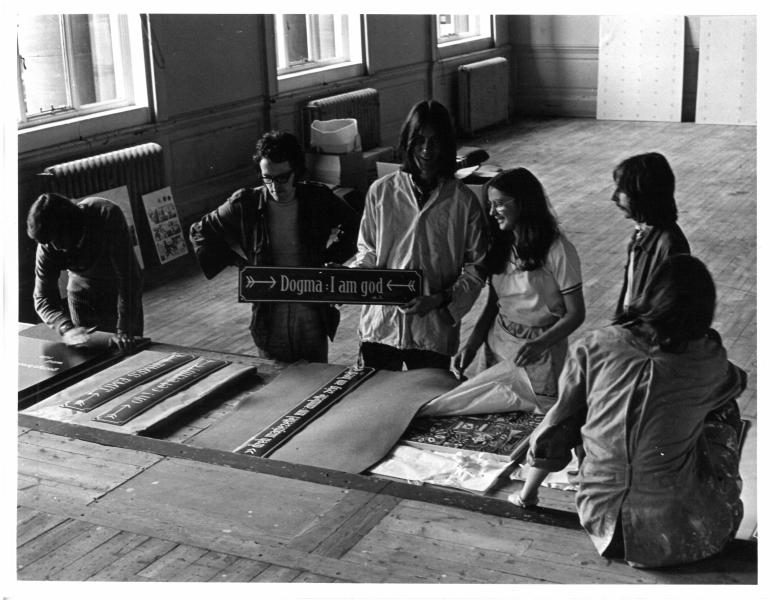 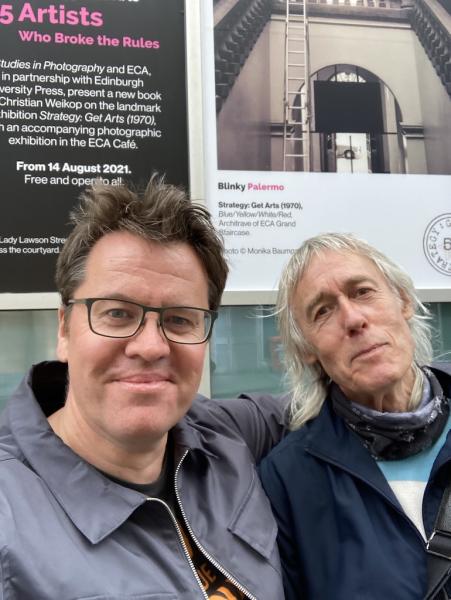 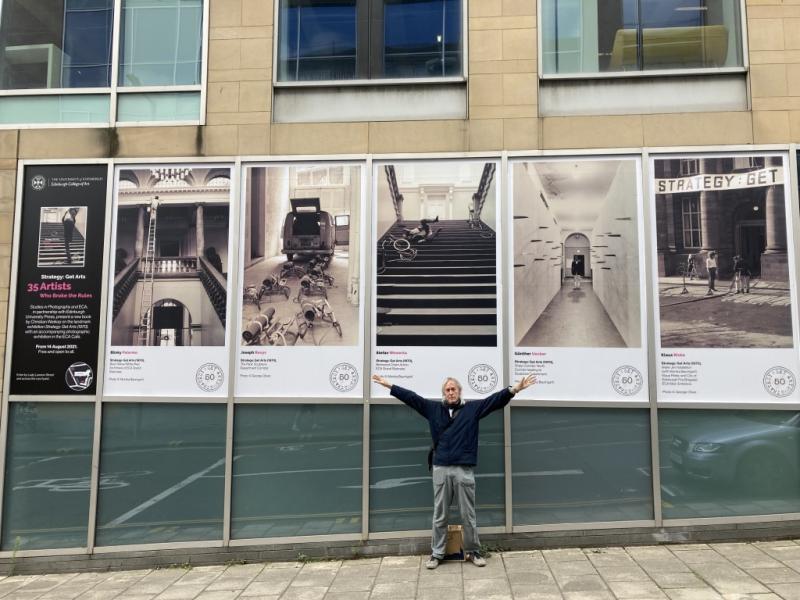 Hamilton would remain in the painting school, but ultimately stopped painting.

For his diploma show in 1972, he exhibited an installation of leaves. Furious ECA staff demanded his expulsion, with only an external assessor allowing him to graduate. This attempt to expel Hamilton could be compared with the institutional friction also experienced by Beuys the same year, when in 1972, he was dismissed from his post as a Professor of Sculpture at the Kunstakademie Düsseldorf.

1972 was also the year that Hamilton took part of his Diploma show (an ivy wreath) down to the Tate, London, to place in front of a Beuys installation in an act of homage, only to be escorted to the office of the Director, Sir Norman Reid, to explain himself. Reid tried and failed to reach Beuys by phone to verify his awareness of this ‘action’, but he listened to the young artist’s explanation and gave him a document indicating the acquisition of his work for the Tate archive, an institutional acknowledgement previously denied him.

Today, Alex works as an artist-publisher. He is Chair of the Scottish Society for the History of Photography and Co-Editor of the journals Studies in Photography and Leaves, responsible for publishing on contemporary and historic photographic work.

He is also Series Editor for a new Studies in Photography book series in partnership with Edinburgh University Press. Strategy: Get Arts. 35 Artists Who Broke the Rules, written and guest edited by Christian Weikop, is the first book in the series.

Find out more about Studies in Photography.

Find out more about the book on the website of Studies in Photography.

Read on about SGA50 and the Edinburgh International Book Festival