On 15 October 2021, some two weeks before COP 26 in Glasgow, Professor Richard Demarco, planted a Beuys oak sapling from Loch Lomond next to a basaltic stone from Salisbury Crags in the grounds of Edinburgh College of Art.

In May 1970, Demarco first guided Beuys to Salisbury Crags, cliffs formed of steep dolerite and columnar basalt at the top of a subsidiary spur of Arthur’s Seat, which rise to the west of Holyrood Park.

Beuys was conscious that James Hutton (1726-1797), the ‘father of modern geology’, had closely studied the irregular rock formations of Salisbury Crags. Hutton suggested that volcanic activity had lifted the mass from some depth in the sea.

Beuys’s experiences of Edinburgh and the Scottish Highlands proved to be essential in his artistic education, especially as articulated in his ‘action’ Celtic (Kinloch Rannoch) Scottish Symphony, staged at ECA in the late summer of 1970.

From Beuys to oak

It could even be asserted that the idea for his visionary ecological art project at documenta 7 in Kassel, 7000 Oaks—City Forestation instead of City Administration (1982–1987), where the planting of each tree was accompanied by a basaltic marker, had its roots in his close engagement with the ‘Celtic world’, something nurtured by Demarco’s infectious enthusiasm for the varied landscapes of Scotland. 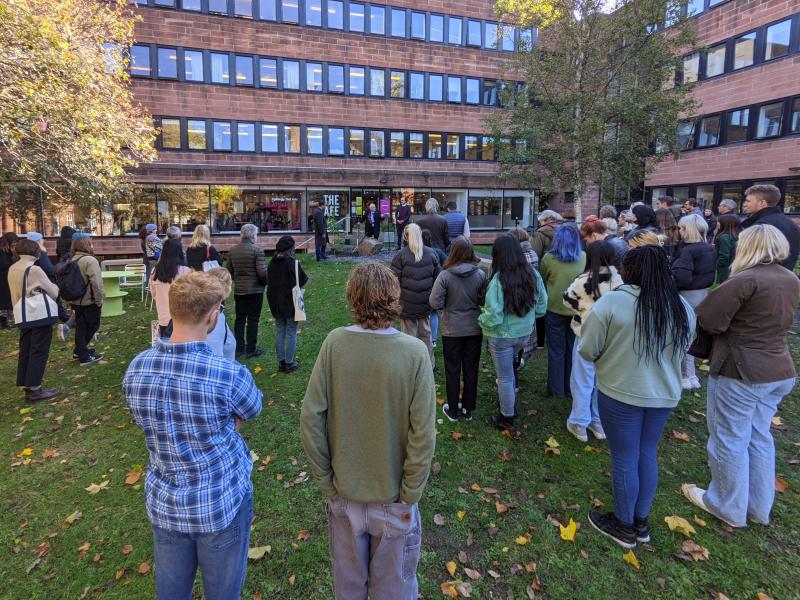 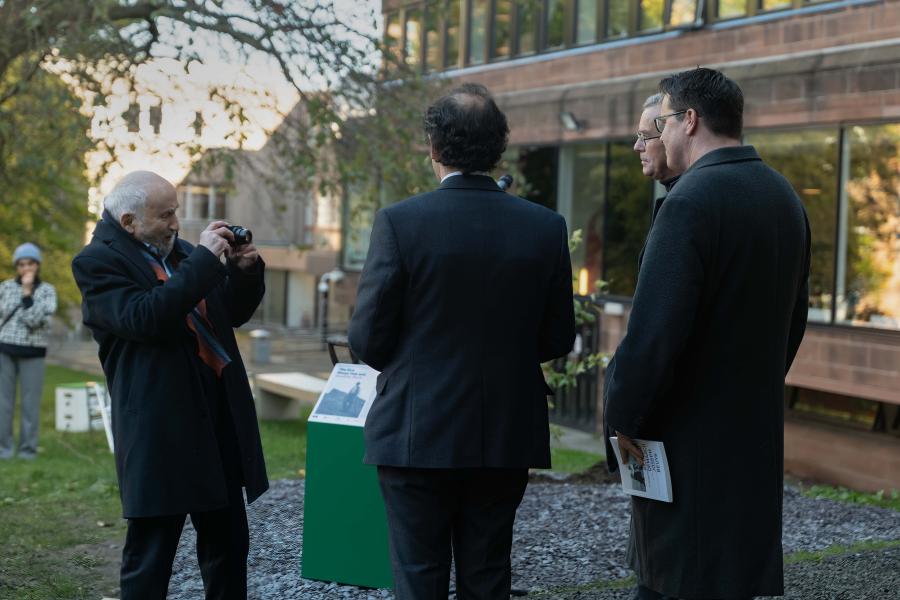 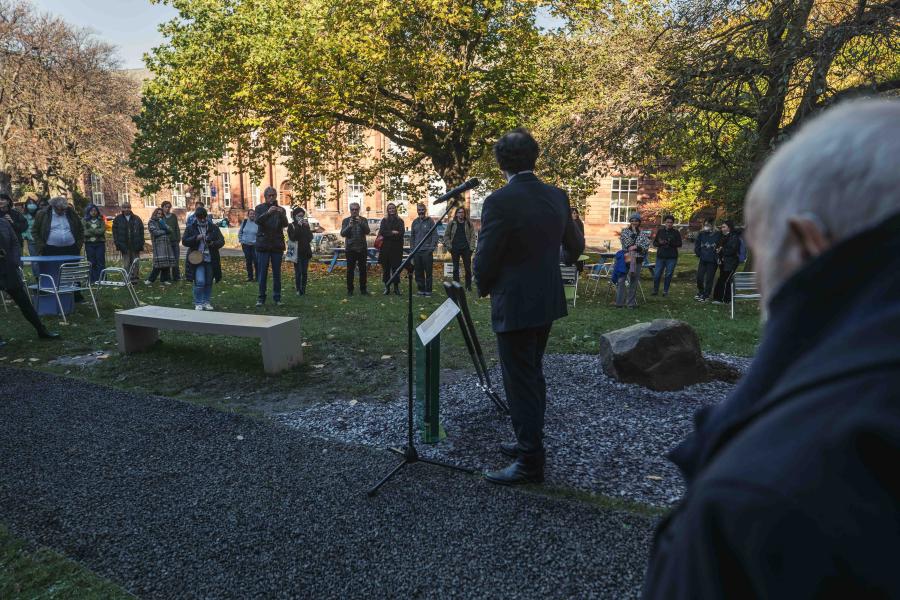 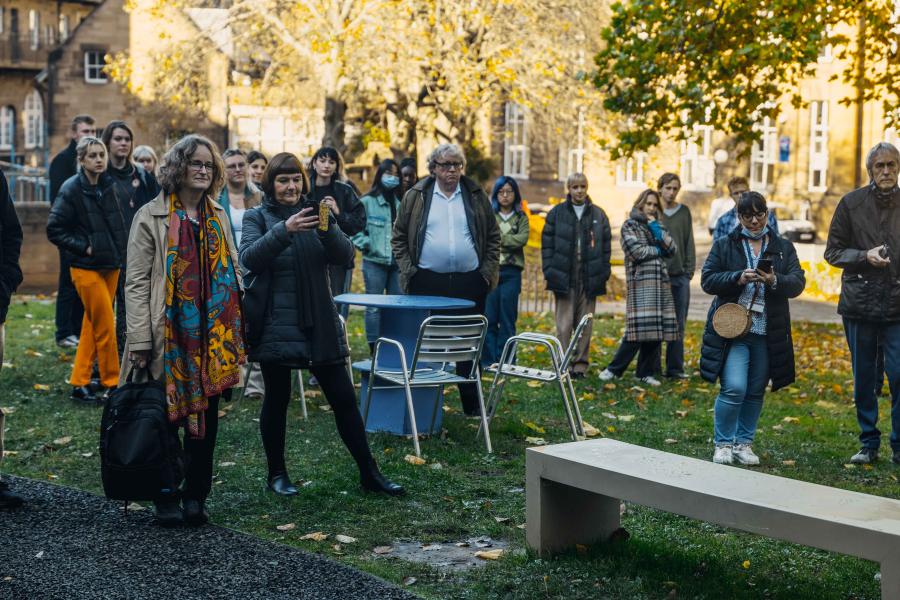 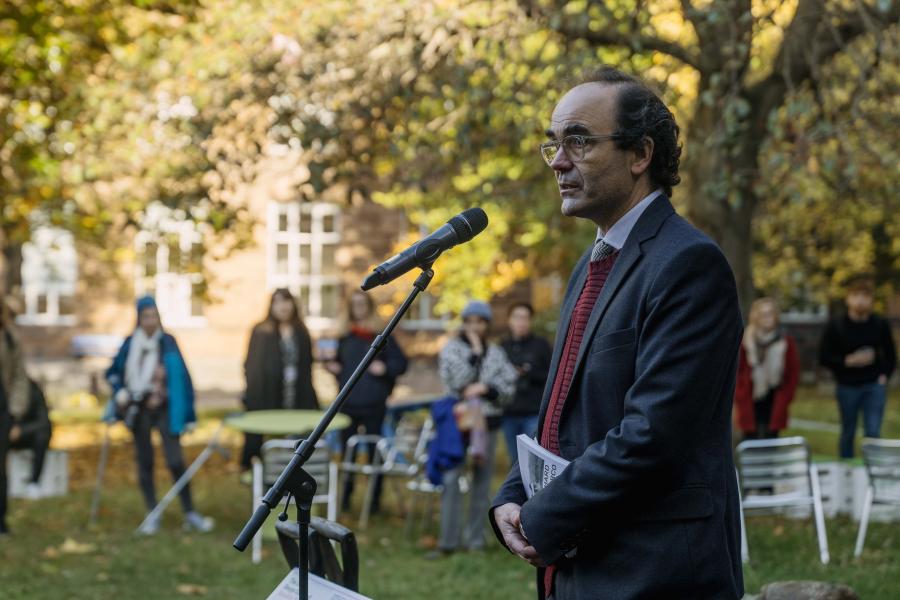 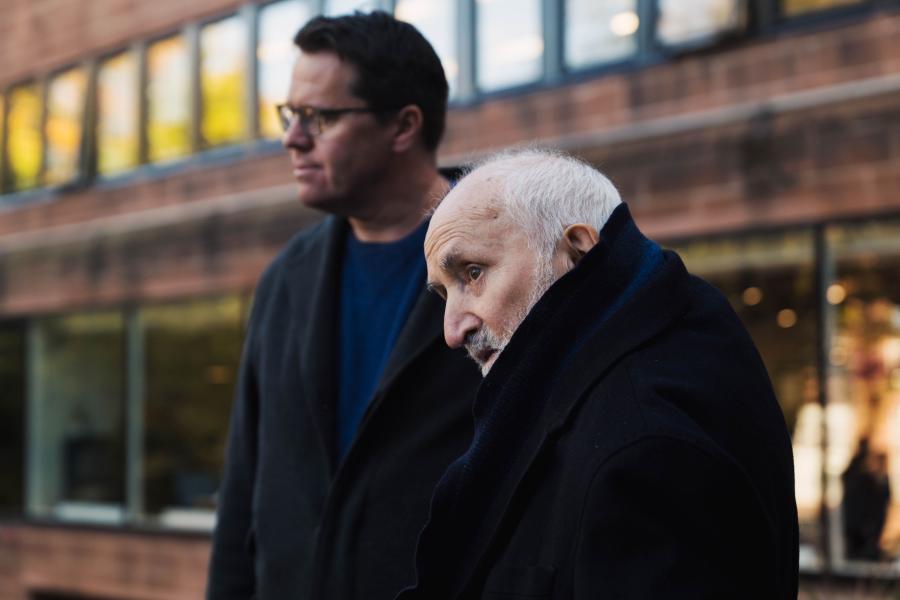 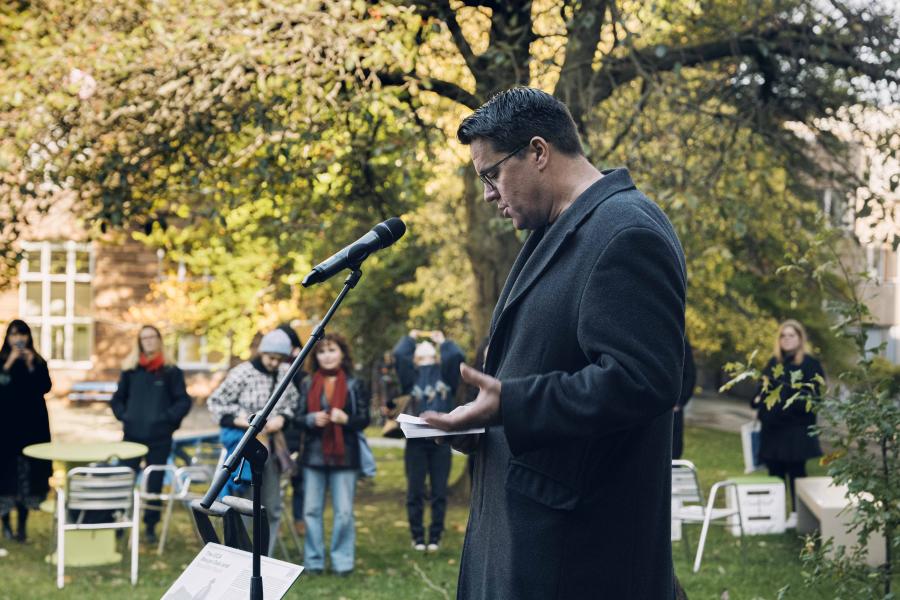 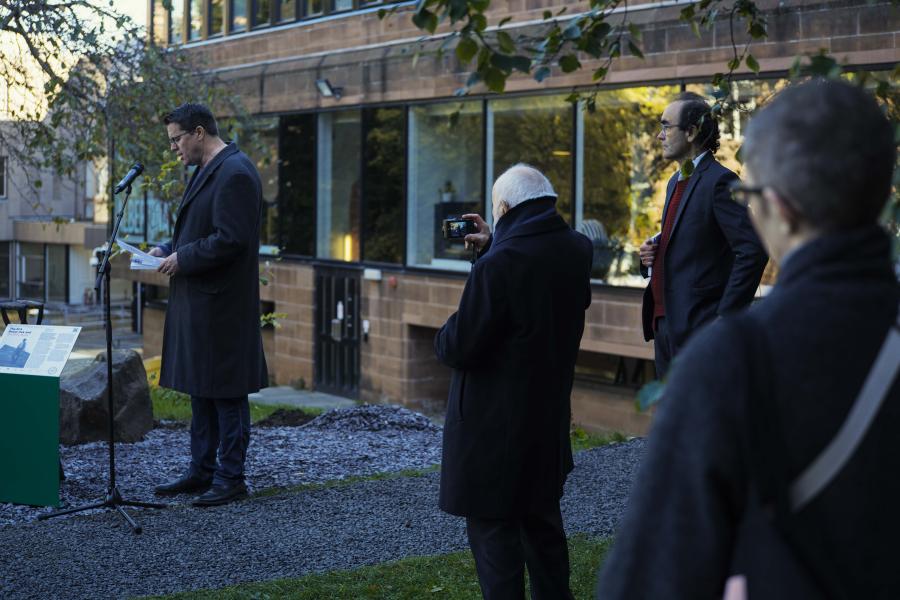 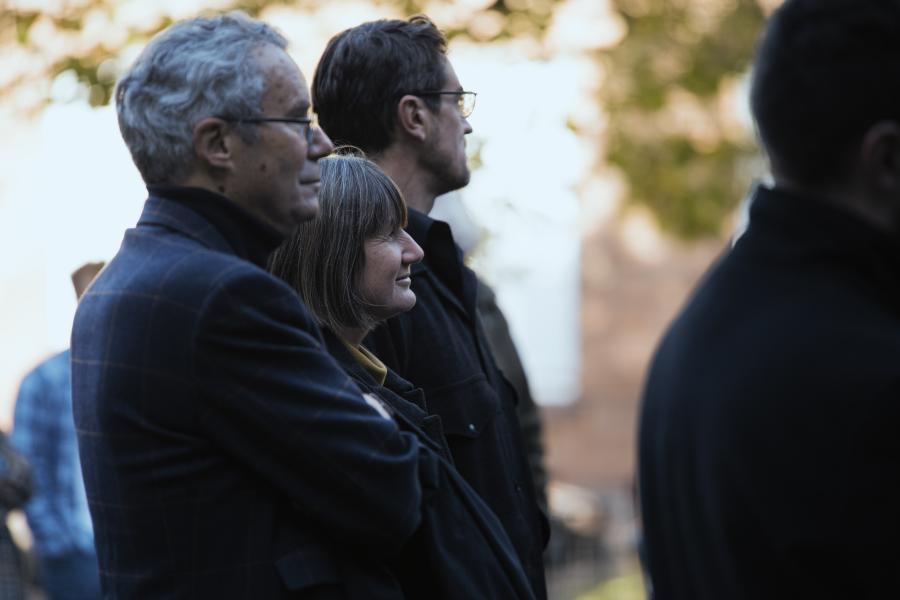 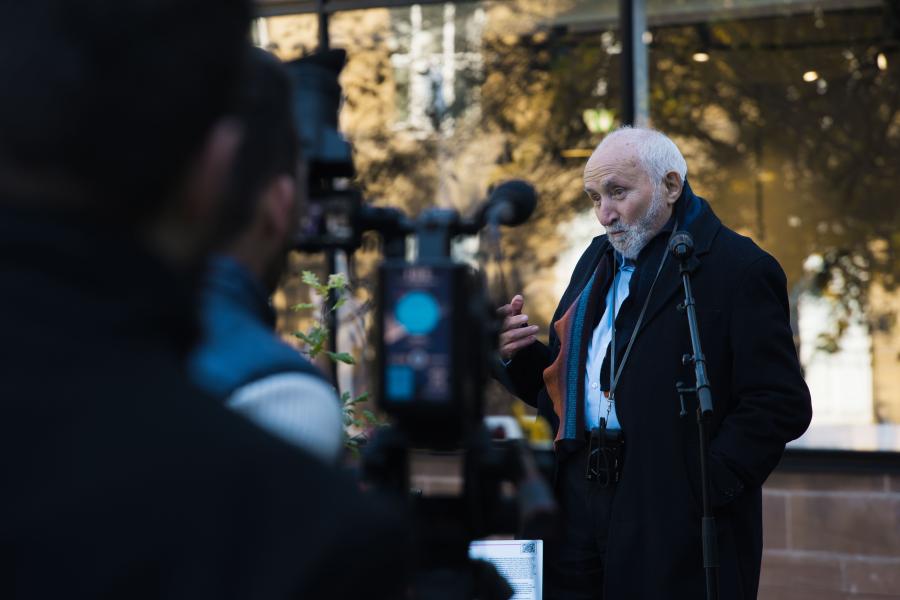 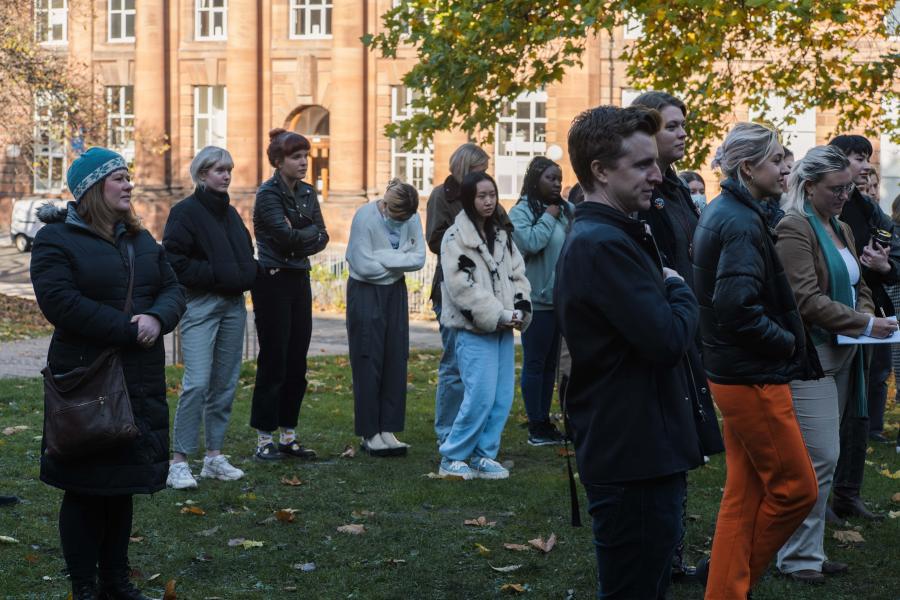 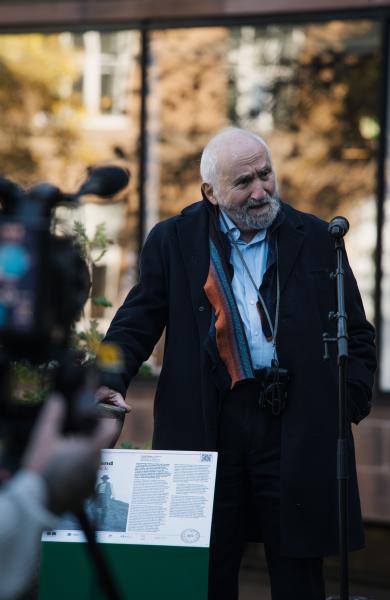 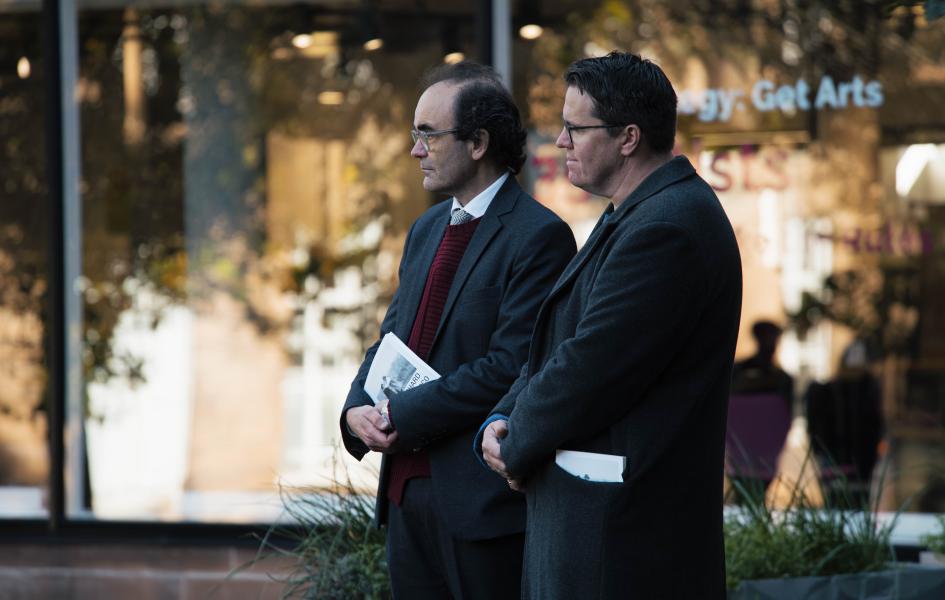 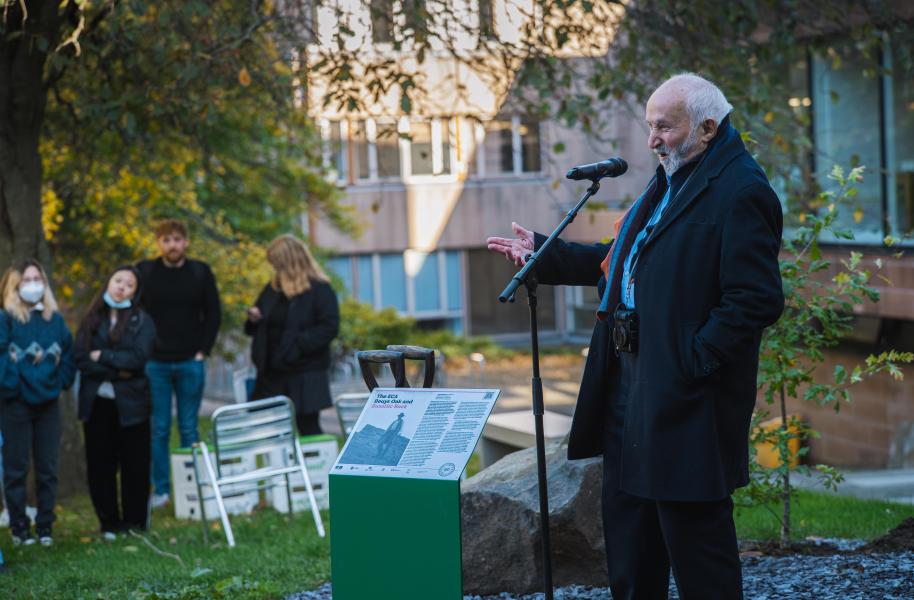 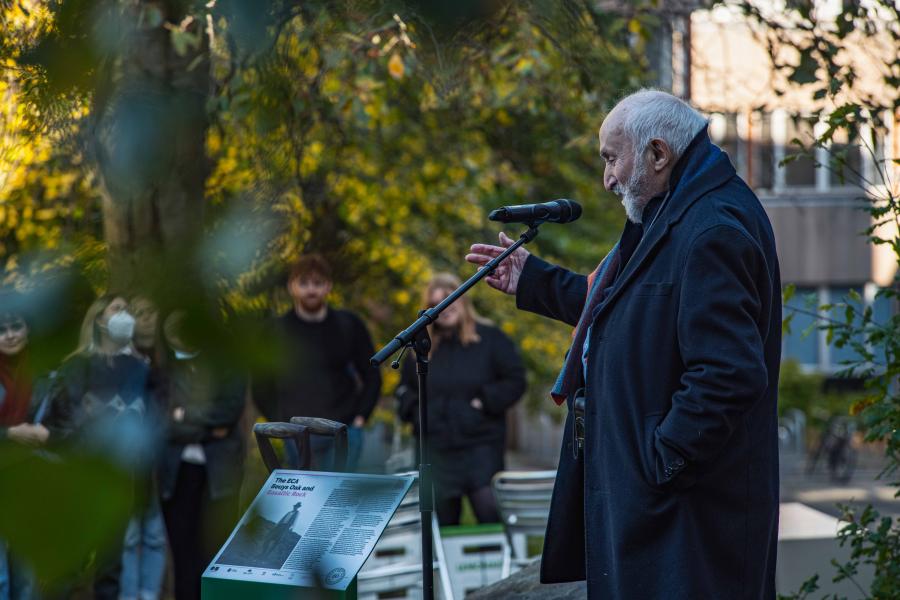 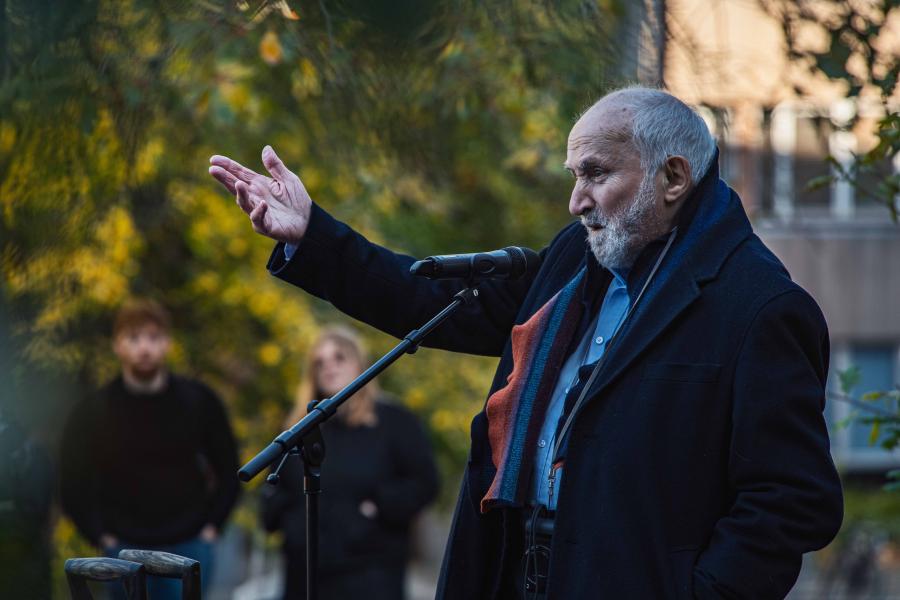 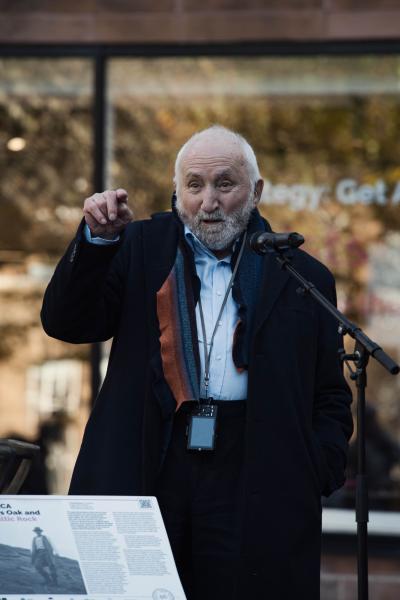 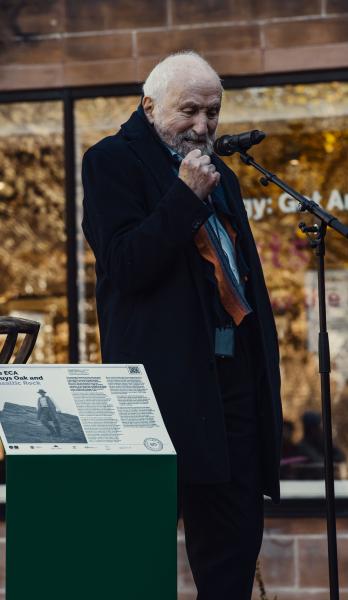 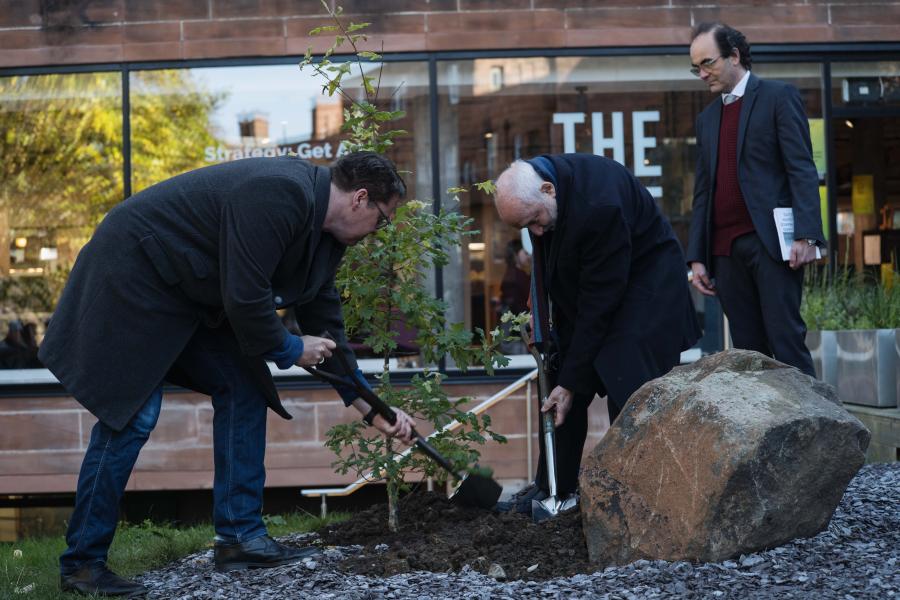 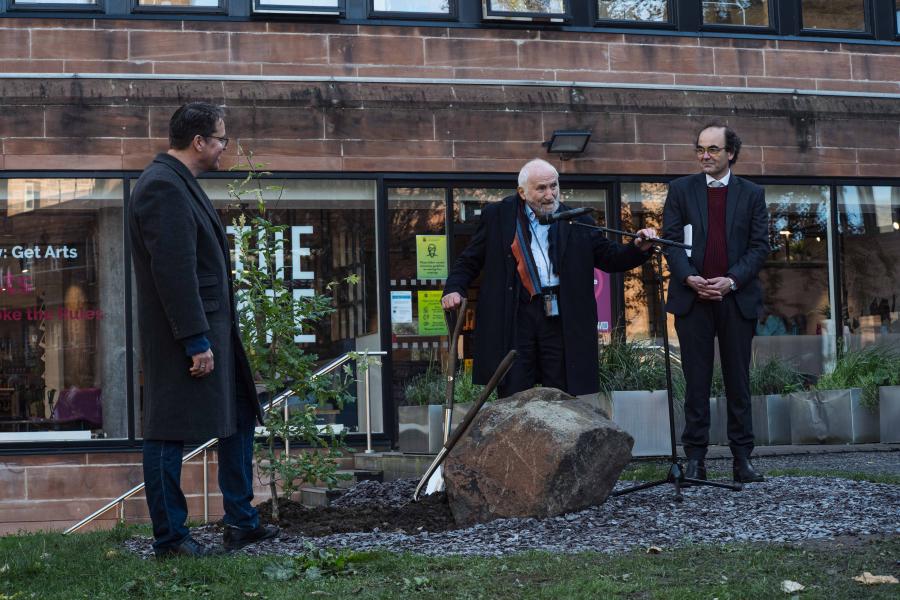 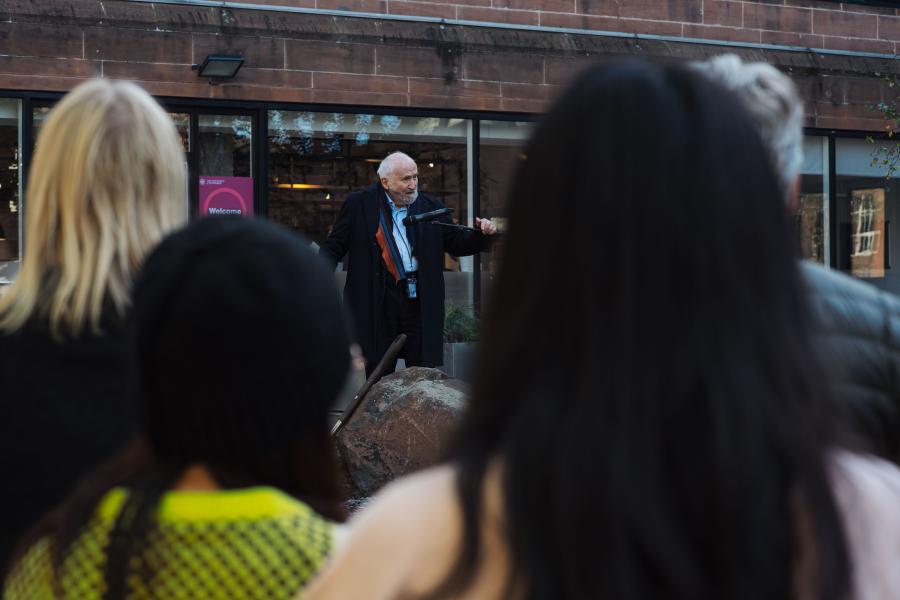 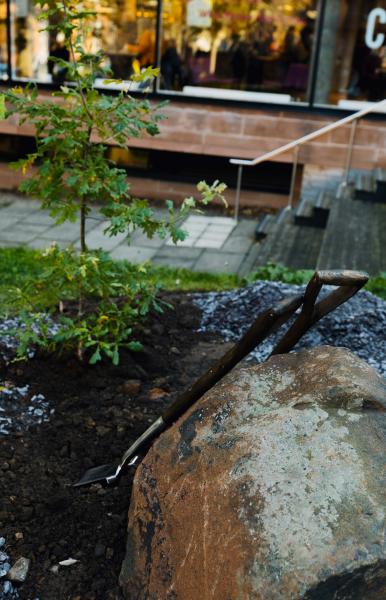 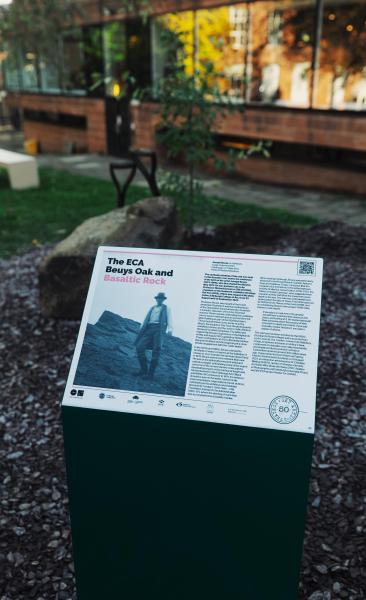 For more on the identification and extraction of the basaltic rock, see summary 25.

Speech on the occasion of the Beuys oak planting next to the basaltic rock from Salisbury Crags, Edinburgh.

Why, why, why, did I have to search for Joseph Beuys? In 1970, I had to say to the West German government, yes I will come, I will come to West Germany on one condition, that you introduce me to Joseph Beuys. And they agreed.

[…] I am here to say thank you to Juan and Christian and everyone who made this possible because I have been hanging on for a long time and I had given up hope at one point. I thought the students who come here will never know that the greatest artists in the world were here, making art, because I said to the artists don’t bring your bloody art here! Make your art special to Scotland, find it in the air and the light, and the wonderful thing that Scotland is. […] The most important thing is imagination. Beuys said it loud and clear.

[…] Why is that [basaltic] stone here? He [Beuys] was interested in the mystery of time passing. The age of the oak - 700 years, the age of the human being - 70 years […], but this rock is about the beginning of time, it is about volcanic energy […]

I dragged Beuys away from the world of art and said 'I am going to take you to the world of James Hutton and Charles Darwin, and all the great people who were here, who were great ‘sculptors’. They were sculpting, they were reshaping our concepts of time and space. That is what the great artist does.'

Watch on more films about the Strategty: Get Arts (1970) exhibition