The symbolic planting of this oak tree next to this basaltic rock, marks the centenary of the birth of the artist Joseph Beuys (1921-1986), who first visited Scotland in May 1970.

On 14 July 2021, Christian Weikop (SGA50 Project Leader) met with Jonathan Long (University of Edinburgh Landscape Services Manager) and Stephen Christoforou (Park and Gardens Manager Holyrood Park and Palace Gardens) to identify a suitable rock from Salisbury Crags that could be relocated to ECA to mark the centenary of the birth of the artist Joseph Beuys. 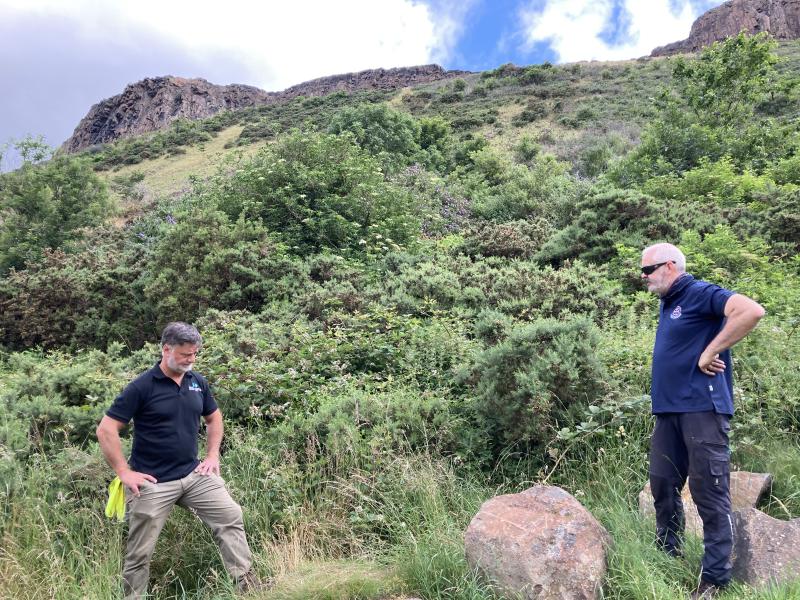 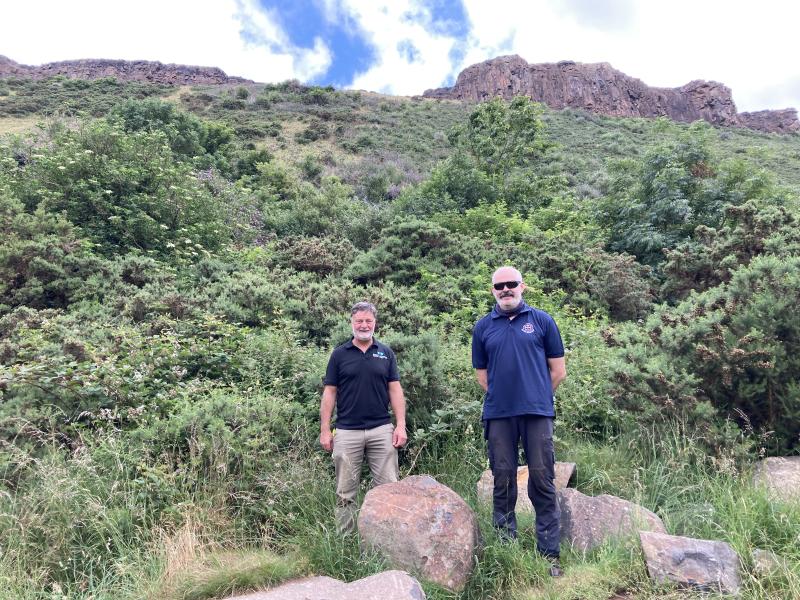 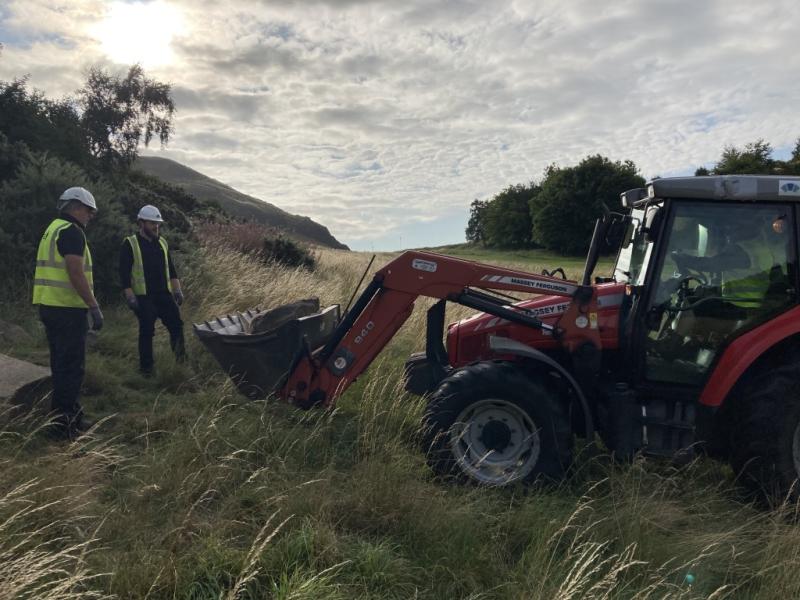 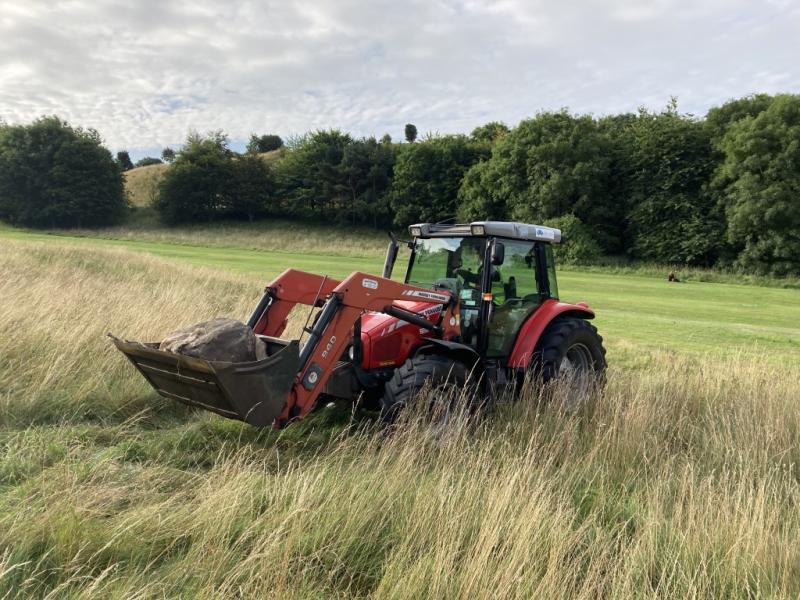 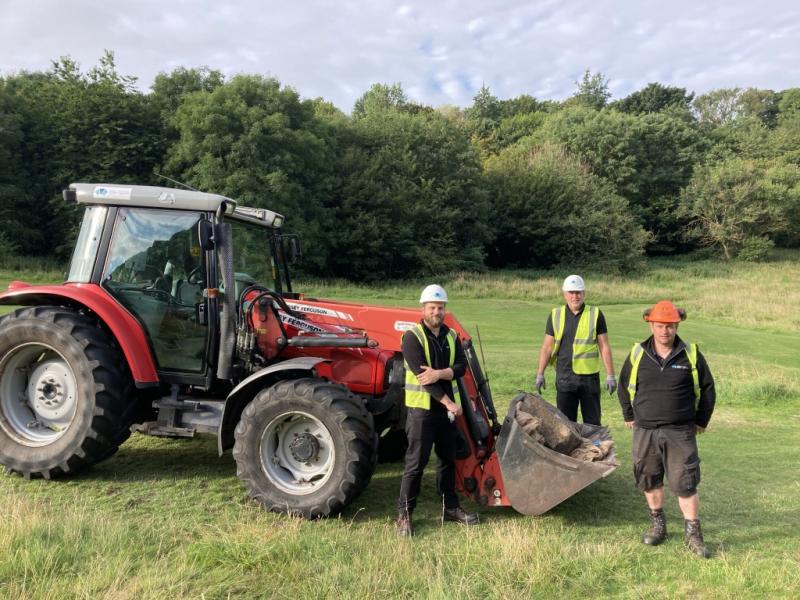 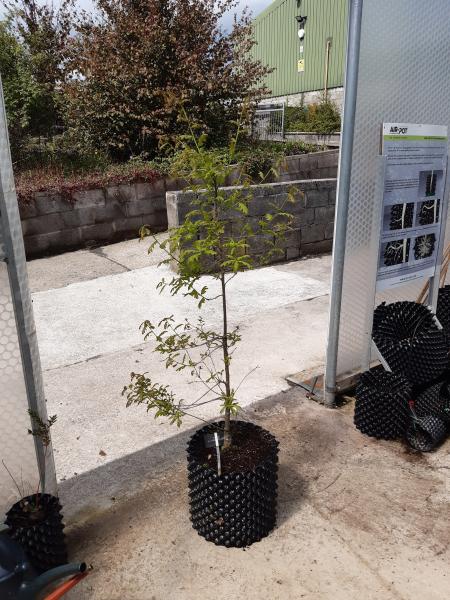 Salisbury Crags is an igneous intrusion on Arthur’s Seat, composed of a basaltic rock called teschenite, and emplaced during volcanic activity in Carboniferous times around 300 million years ago.

An appropriate candidate was identified to accompany a Scottish oak sapling, sourced from Loch Lomond, and donated by Scotland's Rural College (SRUC).

This is our tribute to Beuys’s ambitious environmental art project, 7000 Oaks —City Forestation instead of City Administration (1982–1987), where the planting of each tree was accompanied by a basaltic marker.

On 19 August 2021, Christian again went to Holyrood Park to meet with the Historic Environment Scotland extraction team - Kenneth Steven (Head Gardener, HES), David McFarlane, and Fraser Abernethy, who were to transfer the rock via a tractor to a Holyrood Park storage facility in preparation to be transferred to ECA by Jonathan and his University team. On both occasions Christian took some photographs.