A voice for human rights

Debora Kayembe is pushing the equality and diversity agenda forward in her role as our new Rector.

The nomination and election of the University’s 54th Rector, human rights lawyer and political activist Debora Kayembe, was a somewhat muted affair compared to previous years. The constraints of the pandemic meant that the historic induction proceedings, marked by taking the ceremonial chair in the Old College quadrangle, could not take place.

However, this lack of celebration has done nothing to dampen Debora’s spirits who is taking her new role as a member of the University’s most powerful decision-making body, the University Court, very seriously.

Keen to take on the key Rector attribute of being a voice for the University community, she is already getting her teeth into the key issues that will be her focus – combatting racism, promoting diversity and stamping out inequality in access to higher education.

Debora shares her path to becoming Rector and her plans for her three-year term.

Can you share a bit about your background and what led you to Scotland?

I was living in Backburn, in the north of England in 2007, having arrived in the UK as refugee in 2005. For those first years I was getting to know the country, the law and going through the process of settling. At the time of being granted refugee status my marriage was ending and I was divorcing my husband, which was a very difficult separation.

So, during those first years I was just working as a volunteer, to support new refugees. I also set up a business for interpreting and translation to help those who were seeking asylum to settle in the UK and my knowledge of the law was helpful to those needing this service.

After almost four years, I was ready to go to practice as a lawyer, because in the Congo I was a qualified lawyer, but the Law Society of England rejected my application on the basis that the training I had in the Congo meant nothing in England. And as such I would have to go back to the beginning and start everything again as a mature student.

The other option that was given to me was that my academic qualification was recognised in Scotland as I had a diploma in International Law, so as such I could try Scotland.

So with the context of my family not being at peace, always fighting with my ex-husband over the children. For those that have been through divorce, they know what it means to go through a difficult divorce. Particularly one where you are in a country where you have no family, no relatives at all.

So I needed to make a very difficult decision, one of seeking a new start, seeking peace, and I took my children and we drove all the way from the north of England to Scotland.

When we arrived at the Border in Scotland, I remember this moment where my daughter asked me what was written there and it said “Welcome to Scotland, the land of the brave” and I looked at my children and I said “I am one of them, let’s go”.

You were born in the Democratic Republic of Congo, how has that influenced your work with refugees?

The Congo was a peaceful country for 35 years, it was one of the most stable countries in African history. All other countries, like South Africa with apartheid, war was raging, Central Africa where war was always there – so we used to work with many refugees. So being a refugee is not something I’ve learnt in the UK when I myself became a refugee, but it was seeing these refugees and their lives in the Congo as they came from their countries.

In the Congo, refugees were not the State’s responsibility like it is in the UK, but it was the population’s responsibility and the legendary hospitality of these people, welcoming guests without asking the question “where are you from?” or “why are you here?”  You would never find that in the Congo. Anyone who comes to the land as a refugee or a migrant, we have learnt to say to people “welcome to the Congo”.

So, when I came to the UK it was a different contrast. I saw a very unhuman and rigid asylum system in the UK. One which does not really see these people as seeking asylum as part of their society. I saw in the approach to Brexit, how being a refugee in the UK is seen as a vile thing – that refugees come here to steal our jobs, to steal our husbands, refugees are rapists and all these negative things about refugees raging all over the UK.

Your background is as a human rights lawyer and political activist. Why were you drawn to this career?

In August 2019, you became the first African to have your portrait erected on the wall of the Royal Society of Edinburgh, in recognition of your achievements and contributions to the Scottish society. How did it feel to be celebrated in this way?

I always remember the first time that I went to George Street for my interview to join the Young Academy of Scotland, and going into the building. I had to take the stairs as the elevator was not working that day and I got lost on the way.

I ended up in a room where there were portraits of men, names known all around the world and I looked at those portraits – not a single woman there – all white men wearing fine robes sitting in their chairs looking glorious and I sat there, and I looked around and I said “the next time we will have a black person erected like this in this place it will be in 1,000 years” as I didn’t know if this was ever going to be possible.

So on the day that I received my phone call to say that an artist would be in touch with me to work on my portrait, I felt so proud. I said to myself “can I just breathe a little bit, because I have given so much to this?”

But this portrait for me is a testament to generations to come that for a society that was very conservative and very inclusive of only white achievement, one day the door was opened to a different culture, to a person who was not white, but one born, raised and educated in Africa and her contribution was valid, considered and celebrated. That is the legacy of that portrait for all generations to come.

You’re the third woman and first black woman to hold the role of Rector. What does this mean to you?

After I’ve achieved my three-year term then people will say that there was a Rector who came in this University in these darkest days, marked by a terrible pandemic, marked by racial tensions, marked by gender tension and that the Rector worked so hard to leave a legacy of peace and justice. And to see that everything, every contribution by staff and student is valid.

View a gallery of some of the University’s Rectors 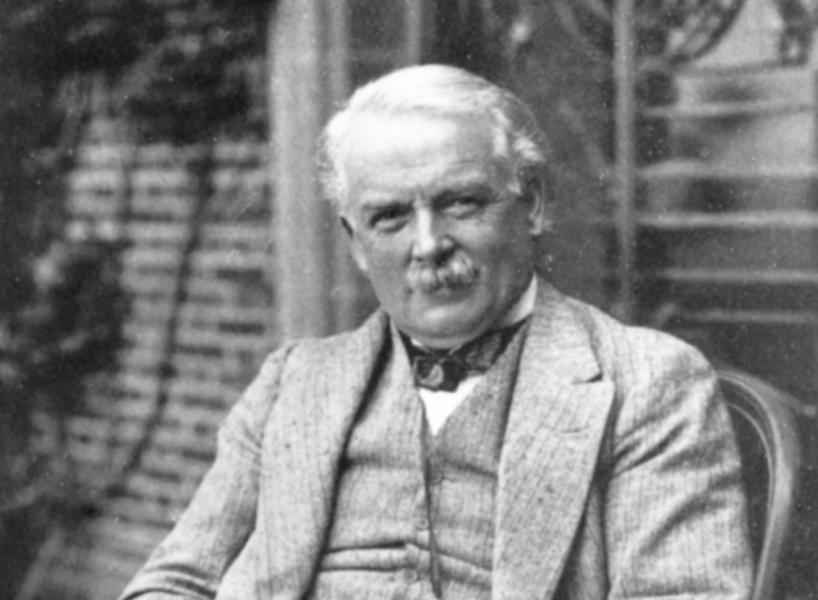 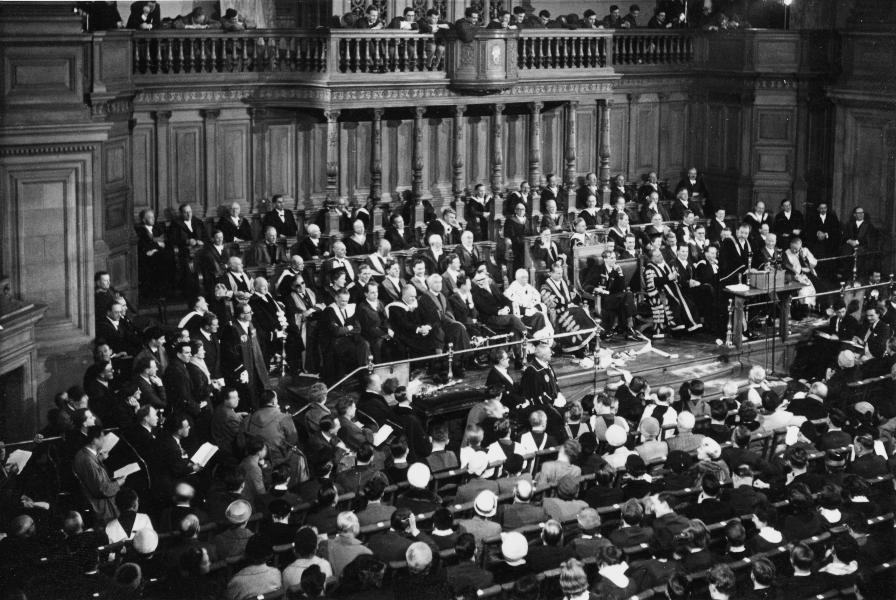 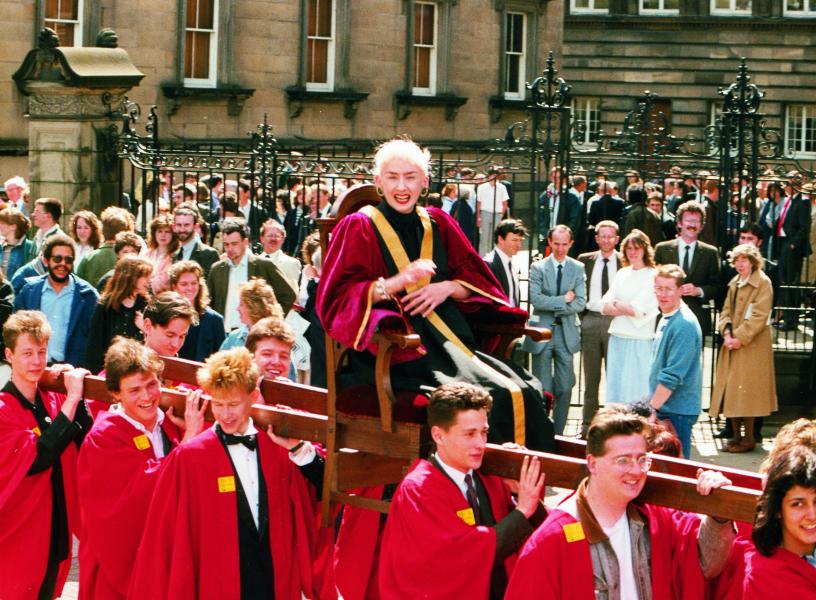 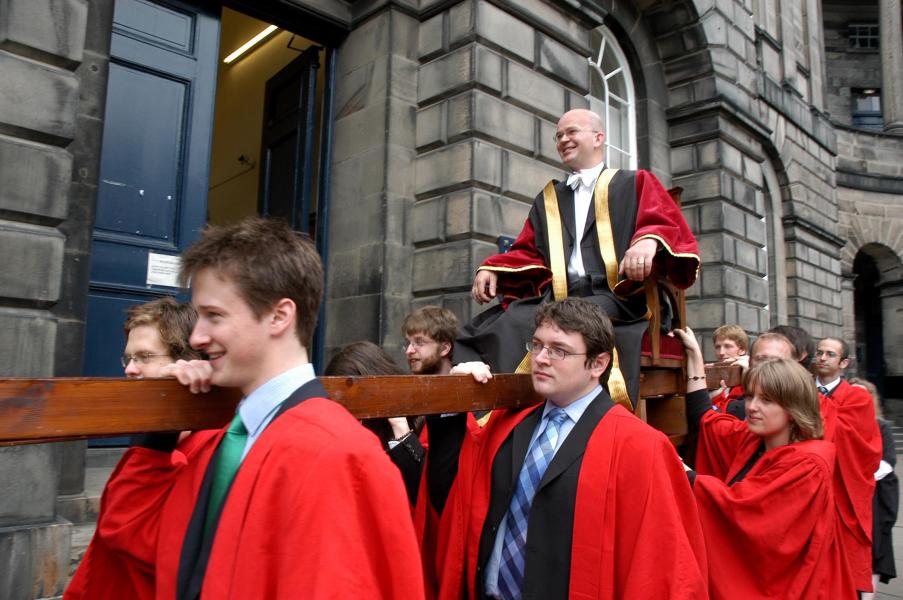 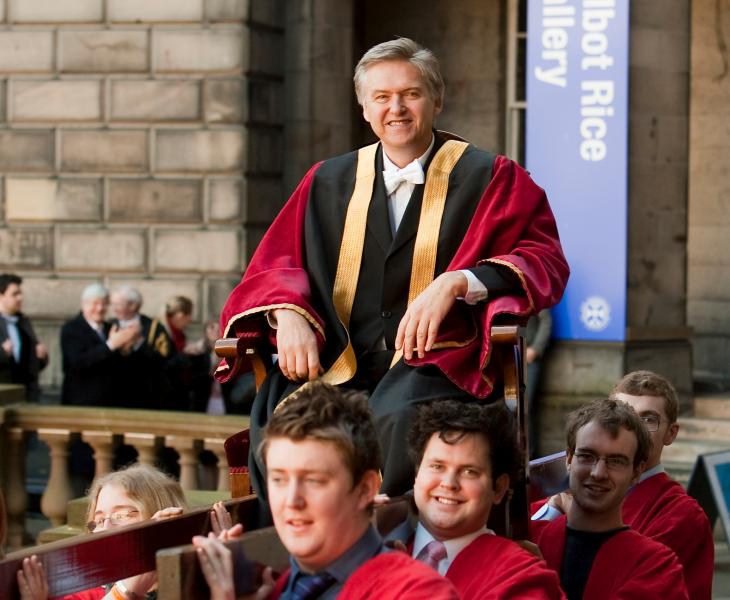 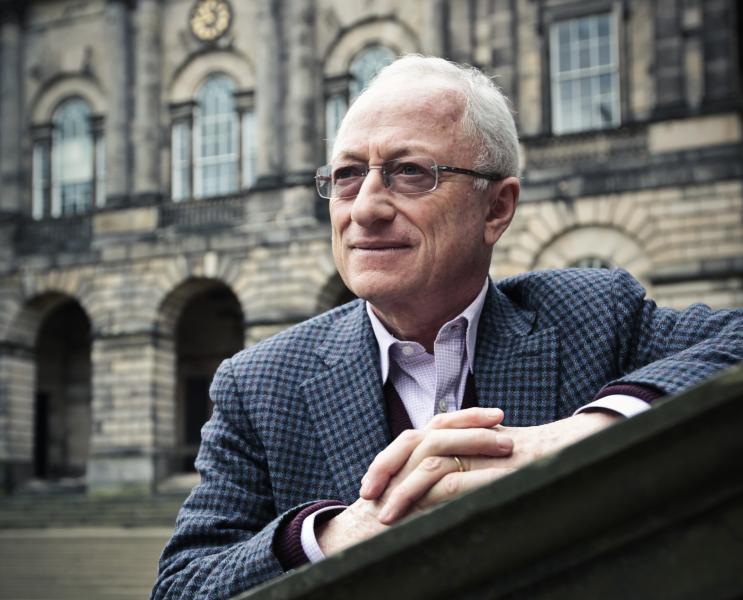 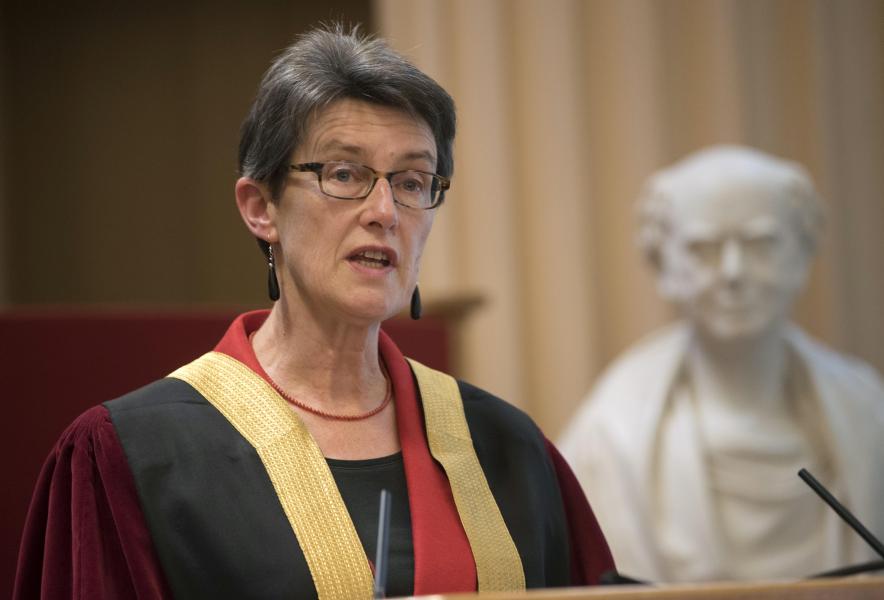 What are your key goals over the next three years in your position as Rector?

The things that are a priority for me at the moment are anti-racism and climate change. I will focus on the agenda of combatting racism, promoting diversity and stamping out inequality in access to higher education. One of the deep changes in Scotland is fighting the institutionalised racism that exists here already by bringing anti-racist education into our system. And how we exclude people through our education system because they were not born here, or educated here or because of the colour of their skin.

I’m also planning to give to the students the ability of combatting our own bigotry, so I would like to see more students volunteering with NGOs in the country and overseas, so giving their little free time during the year to helping others as if you invest into the society freely, that will help to address the bigotry in this country.

How do you think student life will change as a result of the pandemic?

It has already changed, the education of the student is not only about reading books or writing essays, it’s about the interaction between human beings and discovering yourself by interacting with students and other parts of society. We are missing that which is not good.

So the change that students are going to go through will be very negative, but in this University we have the best thinkers, the best minds in the world, so we need to think about other ways that we can shape the future, so that the life of the student can get better. We have a long way to go because the pandemic is still with us, but there is hope that makes us believe that as human beings we can do it. We can fight this pandemic, we can survive this pandemic.

The role of Rector.