The Royal (Dick) School of Veterinary Studies
Contact us

A dog wheelchair shared between clients has supported five dogs in their treatment for back injuries.

Generosity between dog owners has given injured pets from five different families the chance to learn to walk again.

After the successful surgical procedure, at the recommendation of the Dick Vet, Polar’s owners invested in a wheelchair to aid recovery from his injury, which had been caused by a ruptured disc compressing his spinal cord.

With use of the wheelchair and a support harness, Polar was once again able to run unaided just three months after the delicate neurosurgical procedure.

Following Polar’s recovery, his owners lent the wheelchair to four other dogs treated by the Dick Vet, each of whom had suffered spinal problems.

In each case the custom-made wheelchair was professionally adjusted to properly fit each dog. All were treated by experts in neurology, neurosurgery and physiotherapy.

Ripley, a six-year-old Labrador, became paralysed while playing with a ball. Within a few hours she was evaluated by the Neurology and Neurosurgery team and underwent an MRI.

Ripley was found to have experienced a slipped disc. A fragment of disc had hit the spinal cord at speed, causing bruising. Injuries of this type respond best to medical treatment with pain relief and physiotherapy, rather than surgery.

Ripley underwent intense therapy with the REPAIR team, during which she was able to have visits from her owners and the family’s other dog for encouragement.

When Ripley was showing good progress, Dick Vet staff contacted Polar’s family, who kindly offered to lend her their wheelchair. With continued physiotherapy and enthusiastic use of the wheelchair, Ripley was able to walk again unaided.

Susie, a 10-year-old Labrador, became unable to walk due to a degenerative condition in her neck commonly referred to as ‘wobbler syndrome’.

Sadly, an MRI scan undertaken by staff at the Dick Vet identified that her condition had progressed too far for surgery to be considered. Susie was prescribed a palliative treatment plan of pain relief and physiotherapy, to ease her final days.

Polar’s owners once again offered the use of the wheelchair, enabling Susie to spend the final weeks of her life happy at home with her family.

Shadow, a six-year-old spaniel, became weak and wobbly in all four limbs after a walk, and quickly became unable to move.

Shadow was diagnosed by the Dick Vet with an intervertebral disc problem, which had caused bruising to the spinal cord. Similarly to Ripley’s paralysis, injuries of this type respond best to medical treatment, rather than surgery.

The wheelchair was again adapted to suit Shadow’s needs, and together with intensive physiotherapy and hydrotherapy, enabled Shadow to walk with minimal support again, just two months after his injury.

Most recently, the wheelchair has been used by Diesel, an 11-year old Dalmatian who suffered a herniated disc in his neck and needed surgery.

Diesel also had a degenerative condition in his spine, which over time had affected his spinal cord function. Owing to this, Diesel was at risk of not being able to walk again.

However, the surgery was successful and followed by intense physiotherapy and hydrotherapy with the REPAIR clinic.

Diesel was strongly motivated, and with the help of the wheelchair he was back on his feet within a month and able to play with his four other Dalmatian family members.

Dogs recovering from spinal conditions can respond well to support when standing or walking, and a wheelchair can make a big difference to their progress. We are always thrilled when dogs do well in this way. Thanks to the kindness of our clients, many dogs have been able to share the benefits a wheelchair can bring, as part of their programme of carefully managed therapies. 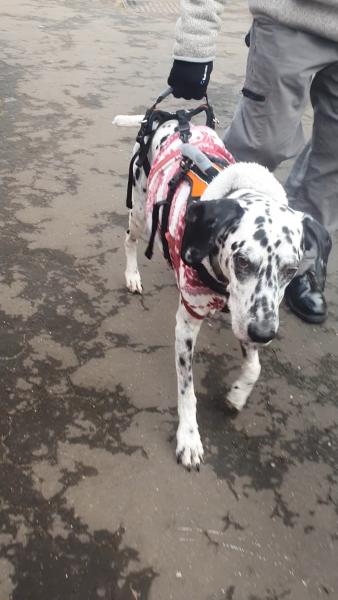 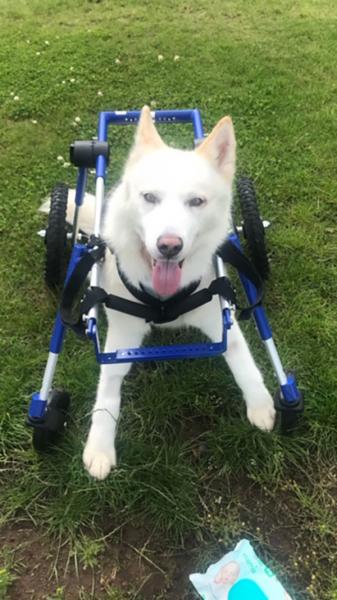 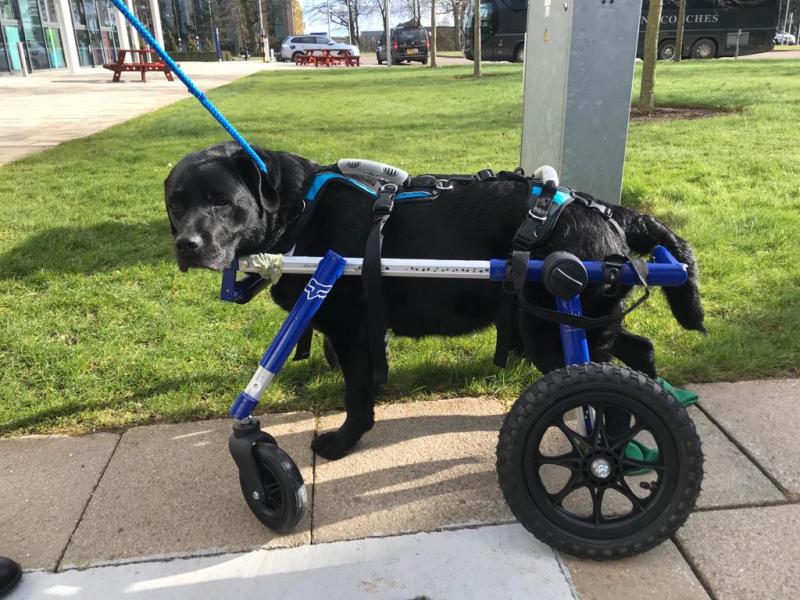 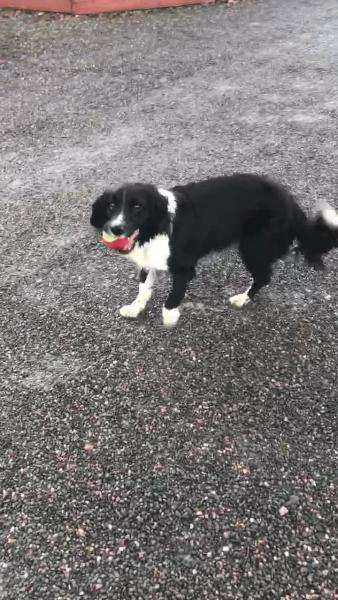 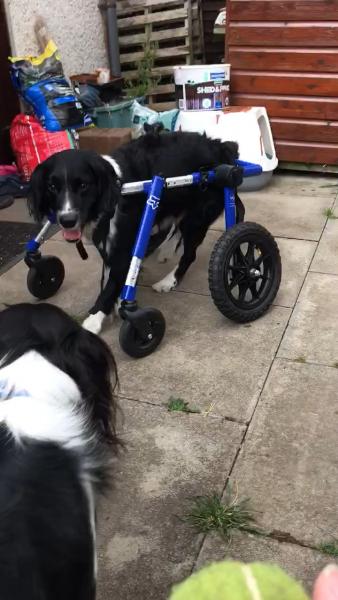 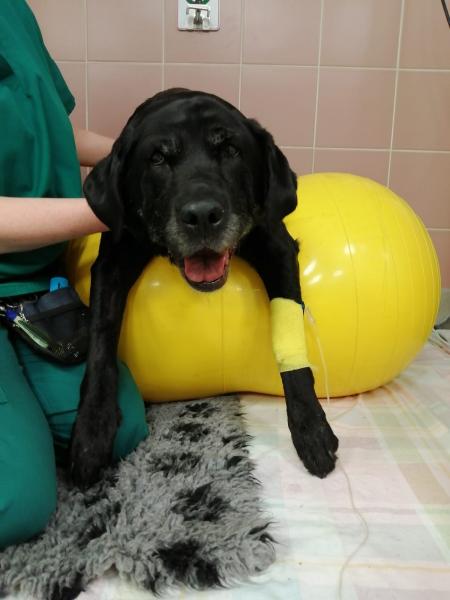 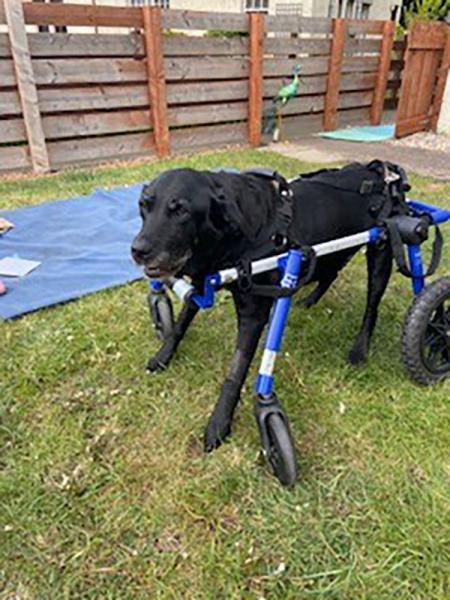 About the Royal (Dick) School of Veterinary Studies

The Royal (Dick) School of Veterinary Studies is a one-of-a-kind centre of excellence in clinical activity, teaching and research. Our purpose-built campus, set against the backdrop of the beautiful Pentland Hills Regional Park, is home to more than eight hundred staff and almost fourteen hundred students, all of whom contribute to our exceptional community ethos.

We represent the largest concentration of animal science related expertise in Europe, impacting local, regional, national and international communities in terms of economic growth, the provision of clinical services and the advancement of scientific knowledge.