Why choose French and Francophone Studies at the University of Edinburgh?

I love the diversity of courses offered. I have been able to discover French cinema and even put my knowledge of French verse into practice by writing my own poem! The lecturers are passionate and approachable, and I particularly value that [at honours level] courses are taught in the target language. 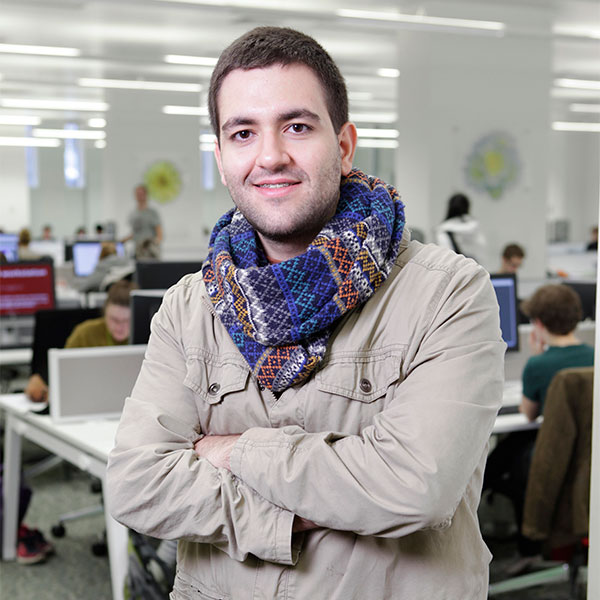 French is a major world language spoken in Europe, Africa and Canada. At Edinburgh, you will study the language in the context of the many countries, cultures and societies in which French is spoken, exploring Francophone literature and cinema, fascinating political history, social movements and philosophical ideas.

You can take French as a single honours degree programme or as a joint honours with one of a wide range of other subjects, including a number of other European languages.

On most programmes, you have the opportunity to acquire near-native fluency in French while gaining the broad cultural education prized by graduate employers.

Our courses cover material from the Middle Ages to the 21st Century and include specialist options taught by leading experts in their field. Topics include post-colonial studies and gender studies, among others.

Teaching takes place in the University of Edinburgh's central area. We are based in a world-leading festival city filled with cinemas, theatres, galleries, libraries and collections. This includes one of the best French collections in the UK in the National Library of Scotland.

17 degrees in French and Francophone Studies

17 degrees in French and Francophone Studies