An elder from an ancient Sri Lankan tribe has taken part in a ceremony to mark the return of human remains to his homeland.

Wanniya Uruwarige, chief of the jungle-dwelling Vedda people, attended the event in traditional Vedda dress, and received 9 human skulls – thought to be more than 200 years old – at a ceremony in the University of Edinburgh’s Playfair Library.

He attended the presentation in Vedda dress, consisting of a knee-length sarong and holding a traditional axe.

The ceremony is the culmination of a study by researchers at the Max Planck Institute for Science of Human History in Germany, and Anatomy at the University of Edinburgh, which confirmed the Vedda’s claim as some of Sri Lanka’s earliest inhabitants.

The dead are very important in Vedda society. Every year we hold a special ceremony to honour those who are no longer with us. Even though these remains have been in Edinburgh for many years, their spirits have remained with us in Sri Lanka. This reuniting of spirits and physical remains – for which I thank the University – is a very special moment for my people. 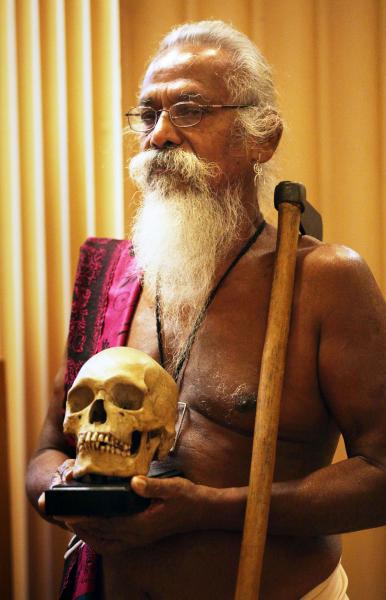 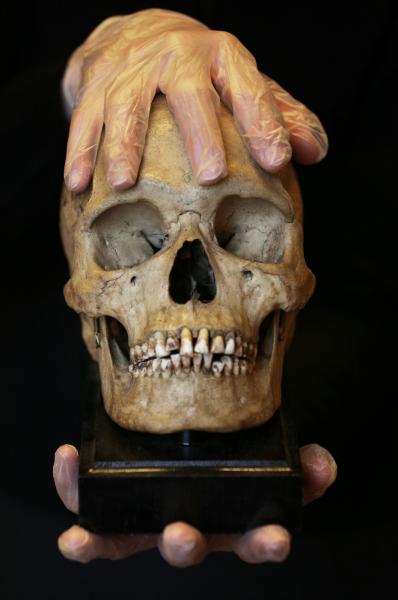 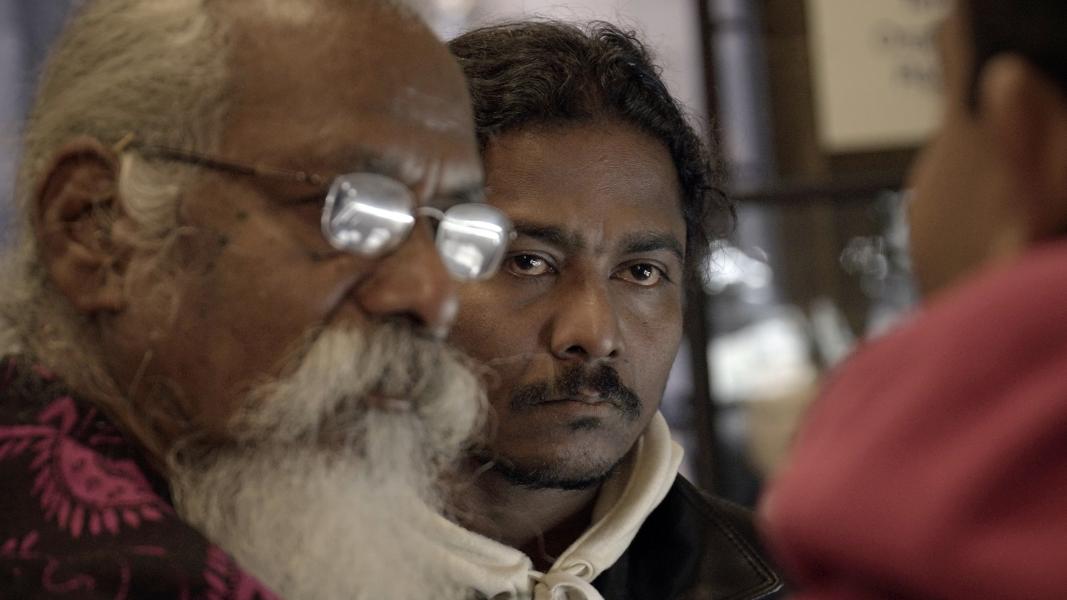 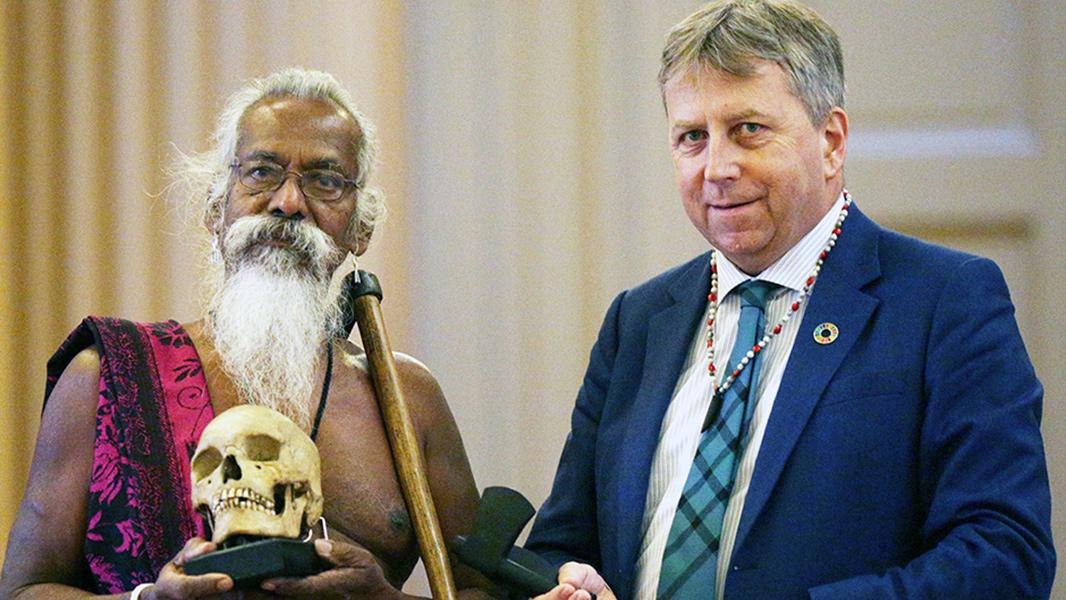 The skulls, which were acquired more than a hundred years ago and housed in the University’s anatomical collection – were used to show that the tribe previously lived as isolated tropical rainforest foragers.

Due to land loss and civil war, the Vedda have suffered major disruption to their way of life.

Researchers suggest that the traditional life of the group could become extinct within two generations.

The University of Edinburgh has a globally important anatomical remains collection consisting of 12,000 objects from 300 years of continuous teaching and research.

The collection at the University’s Anatomical Museum opened in 1884, and is freely available for the public to access. Anatomical remains are now utilised for research into the history of genetics, diets and the movement of people.

We are delighted to welcome the Vedda tribespeople to Edinburgh and mark the return of their ancestral remains. Our vast and diverse collection is often used in research breakthroughs and teaching. We are pleased to be able to return these culturally-important artefacts to help ensure the Vedda’s legacy endures for generations to come.