A leading figure of the film industry, alumna Lynda Myles reflects on how her experience at the University of Edinburgh shaped her whole career.

“To be a student at the University of Edinburgh was a heady experience,” reflects prominent film producer Lynda Myles on her undergraduate days. Now an icon of the film industry, she came to Edinburgh to study in 1965.

Lynda Myles has long been a prominent contributor to the world of film, from reinventing the Edinburgh International Film Festival with enormous success, to producing huge feature films, such as The Commitments. She continually champions emerging talent and has completely changed the way the medium of film is critically engaged with.

Memories of the University

Speaking about her student days, Myles recalls the period was ‘transformational’ for the arts. From the moment she arrived, she was struck by the involvement of the Edinburgh community in the city art scene: “I was impressed by the fact that Jim Haynes, the co-founder of the Paperback Bookshop and the Traverse Theatre, was one of the key speakers at Welcome Week. Stanley Eveling, one of the philosophy lecturers, was also a well-known dramatist whose plays were performed at the Traverse.”

“There was a sense that the University was an active participant in this groundbreaking time,” she continues.

Although Myles came to the University to read English, she was drawn to the academics of a different subject: “I was very attracted by the intellectual vitality of the School of Philosophy and I transferred at the end of my second year. It seemed to me that it was the bearer of the great intellectual traditions of The Enlightenment. Freedom of thought was encouraged, and intellectual rigour enshrined.”

“I owe a particular debt to the late Professor RW Hepburn, a dedicated teacher whose range of knowledge and understanding of aesthetics was a major influence,” she continues.

In her first year at Edinburgh, Myles took over the running of the student Film Society with fellow student, David Will and increased the screenings shown each week. So began a whistle-stop tour through cinematic history: “Between us, we also wrote notes to accompany every film. This was a key element in our view that it wasn’t enough to show films, but that they should also be contextualised.”

With a new love and appreciation of film, Myles and Will decided to write a letter to The Scotsman, sharing their disappointment with the Edinburgh International Film Festival and its ‘tepid mediocrity’.

This letter turned out to be the beginning of an incredible career in film. A few weeks later, Myles was introduced to the Director of the Festival at the opening of the Richard Demarco Gallery: “Ricky Demarco introduced us to Murray Grigor, the Director of the Edinburgh Film Festival. My initial fear that this could lead to an unpleasant confrontation was confounded when Murray was open and friendly. We learnt that he had only just taken over the Festival weeks before, so he shared our desire for change.”

“This meeting led to a very happy and productive collaboration, and friendship, for the next five years,” Myles continues.

So what changes did the pair have in mind? Myles elaborates: “David and I shared very specific views about what the Film Festival could achieve. The primary impulse was that it wasn’t enough just to show films, but we also wanted to have a critical discourse around them.”

The pair were heavily influenced by the French film magazines, Cahiers du Cinema and Positif, and the work of La Cinematheque Francaise in Paris.

“We were interested in rediscovering ‘lost’ directors, and re-examining their work,” explains Myles. “We showed work that was expanding cinema in some way, and would show what might be labelled ‘exploitation’ films – like the work of Roger Corman – quite happily along with feminist cinema, and the avant-garde.”

“We started publishing monographs in 1969 and in 1972 saw the beginning of the conference events, including the first Women’s Event in Europe. From 1969 onwards, we worked with a small group of brilliant film critics and theorists, including Peter Wollen, Laura Mulvey, Claire Johnston, Paul Willemen, Phil Hardy and Jon Halliday. Jim Hickey, a contemporary as an undergraduate, also played a key role,” she adds.

In 1972, Myles became Director of the Film Festival, and the first female head of an international film festival. She continued to establish the Edinburgh Film Festival as a global leader in independent film and cemented the festival as an epicentre for academic debate.

In 1980, Myles decided to move on, to allow the festival to continue to grow and develop. After a few years as Director and Curator of Film at the Pacific Film Archive, part of the University Art Museum at UC Berkeley, she decided it was time to try something new.

Myles shares that “I felt drawn towards production. I had been programming for 13 years and felt the need for change. In 1981, I had produced only a documentary about Edinburgh, Sean Connery’s Edinburgh, directed by Murray Grigor and was keen to move into fiction.”

After spending a year as Film Consultant for the then newly-created Channel Four, Myles was invited by David Puttnam to join his company Enigma Productions as a producer: “It was there that I produced my first feature, a political thriller called Defence of the Realm.”

The film sees a newspaper reporter expose a Member of Parliament after he visits a woman who later entertains a German military attaché. However, he soon realises there’s more to the story than he originally thought.

Myles recalls what it was like on that first day: “I remember the shock of arriving on set for the first day of shooting and being amazed by the scale of the operation. With a huge number of trucks and vans and winnebagos, it looked as if a small army had gathered. Although this would later become second-nature, that first morning literally took my breath away. With most productions, the project has probably been in development for two to three years so the first morning of shooting has an almost unreal quality.”

“One element which struck me as making a huge contribution to the overall film was the casting, by the late Mary Selway, a major figure in the industry,” Myles adds. “What was striking was the attention paid to all the casting, down to the very last character.”

This project serves as one of Myles’ career highlights: “David Puttnam is an inspired producer and one to whom I owe a great deal. I learnt so much from that crew, whose experience was far greater than mine. It was a terrific group, outstanding actors, amazing crew – including the wonderful Oscar-winning cinematographer Roger Deakins, at an early point in his career but already revealing his fantastic talent.”

When Puttnam became CEO of Columbia Pictures a year or so later, Myles joined the company as a Senior Vice-President in charge of Creative Affairs: “I had always been fascinated by the Hollywood system and working within it was a captivating experience. Although my heart lies with independent cinema, I welcomed the chance to see how the system works from inside.”

Once Myles’ talent in producing films became clear, she became Commissioning Editor for Drama at the BBC, dealing with independent drama.

She began work with Roger Randall-Cutler on the adaptation of Roddy Doyle’s The Commitments, which went on to win Best Film at BAFTA in 1991, plus four other BAFTA Awards and an Oscar Nomination for Editing.

The film follows the story of a Dublin man who sets up, and manages a soul band. As their talent grows and they secure more shows and fans, things slowly begin to unravel to a tragic finale.

Myles remembers what it was like: “It was a great pleasure to work with such a talented group. I always felt that Alan Parker didn’t receive enough credit for the wonderful performances he drew from the band – of whom only a few had acted before but the others were musicians.”

Myles then went on to make three more films with Doyle, The Snapper, The Van and When Brendan Met Trudy.

During this time Myles also spent 12 years as Head of Fiction Directing at the National Film School: “Watching the evolution of a group of eight directors each year was incredibly rewarding. To see how their work developed from their early student shorts to their first features or TV drama series has been endlessly fascinating.”

When Myles looks back at her career she struggles to find just one special moment: “I feel that I’ve been very privileged, from the extraordinary faculty in the School of Philosophy, through the brilliant film theorists with whom I worked at the Film Festival, and the fantastic directors whose work we showed. I was lucky enough to work with incredibly talented directors and writers, and exceptional crews and casts.”

And so Myles’ achievements came full circle when she was named an honorary graduate of the University of Edinburgh in July 2021 and awarded the Honorary Degree of Doctor of Letters.

“It was a wonderful surprise and a great honour to receive the invitation to accept an Honorary Degree from the University of Edinburgh,” reflects Myles.

“That it was from this University made it so special for me as I feel that I owe the University a great deal. It was there that I realised that what excited me above all were ideas. Ideas are what has informed all my work, from the film festival to producing and to teaching directors.

“I felt very privileged, especially after moving into full-time philosophy, to be able to devote myself for a few years to the study of ideas, guided by an intellectually dynamic and distinguished group of lecturers,” she concludes. 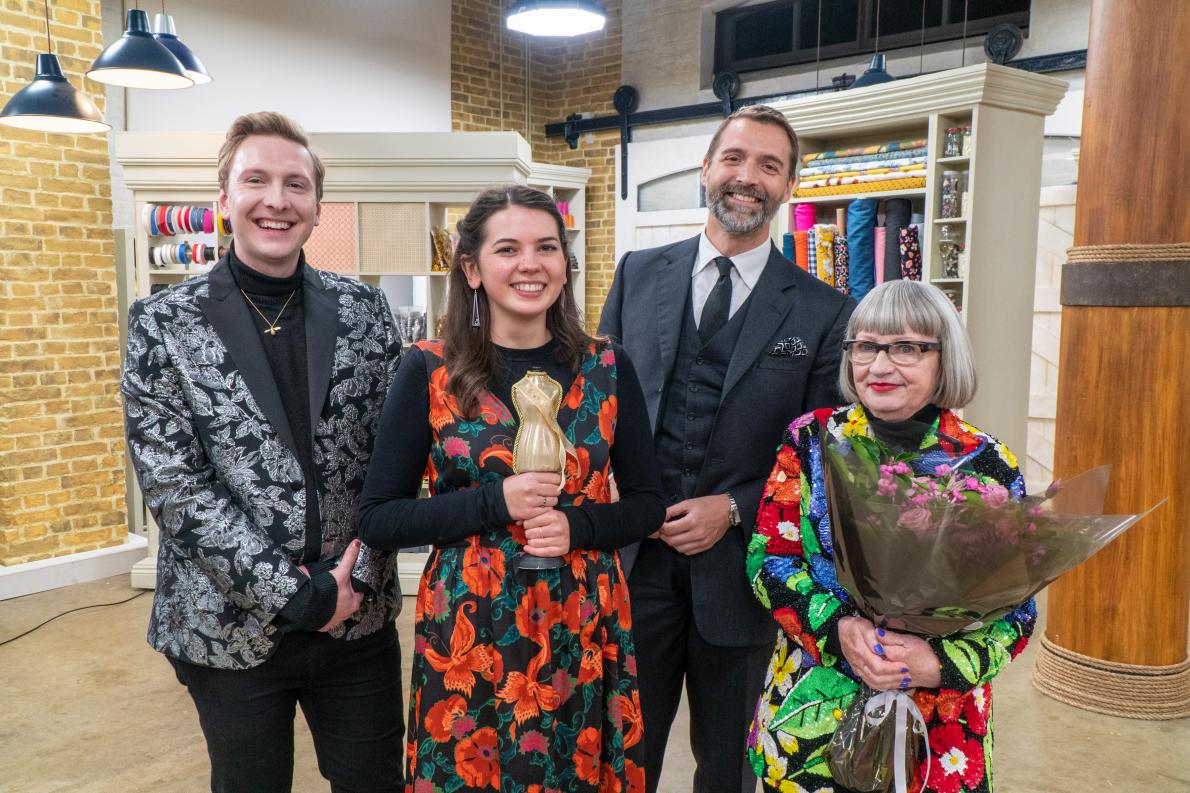 Stitching it all together 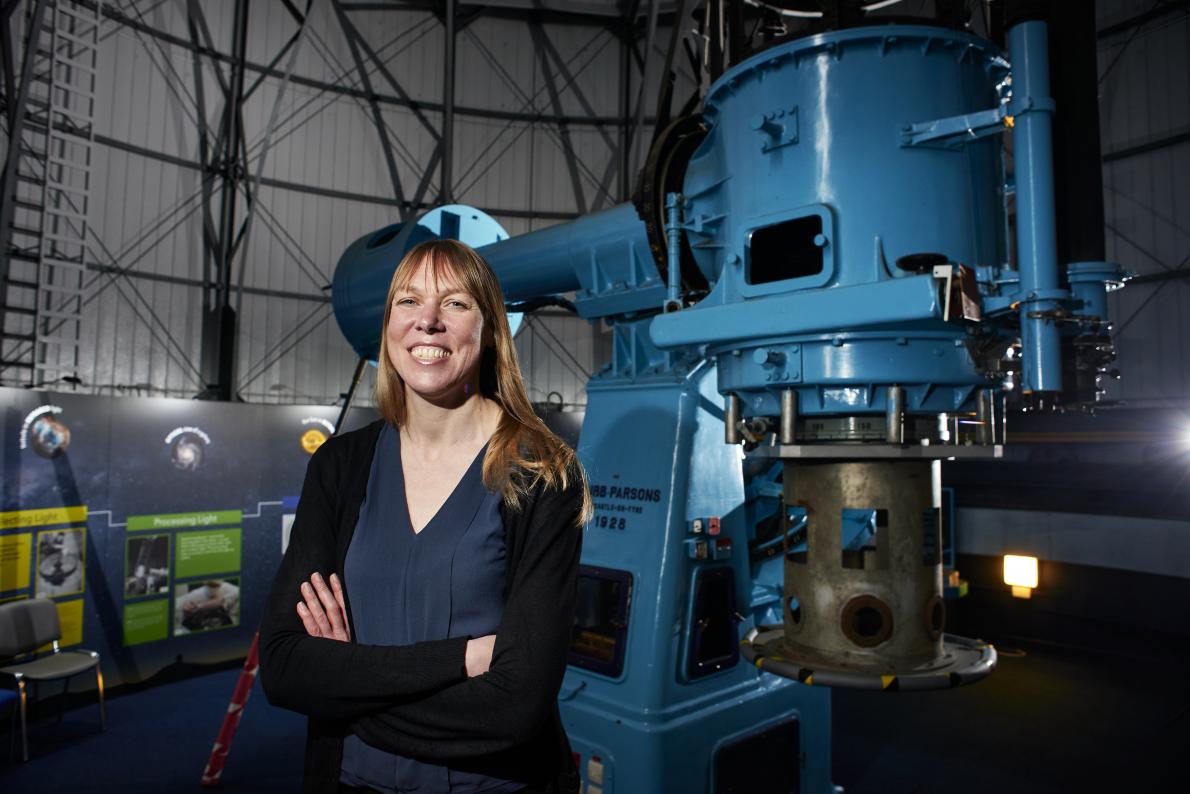 The sky's no limit

Explore our postgraduate degrees in Film and Theatre

Find out more about Film and Theatre in the School of Literatures, Languages and Cultures