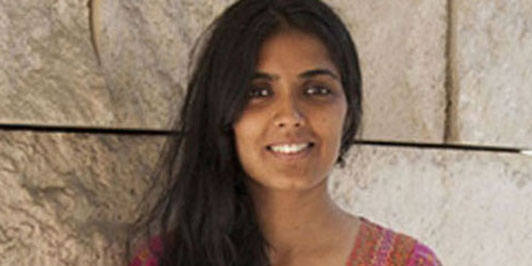 Mondays 11am - 1pm and by appointment

Co-Programme Director of the Online MSc in History

I was born in India and spent most of my formative years in the U.S. This bicultural upbringing is perhaps to blame for my interest in investigating connections between places. I did my undergraduate degree at Wesleyan University in Connecticut, where I majored in East Asian Studies. I wrote a senior thesis on the travels of Indian poet Rabindranath Tagore to East Asia and I thought I would continue to explore the connections between India and China in graduate school, but a trip to Mexico changed those plans.

While in Mexico, I realized that there was a lesser known transoceanic connection between colonial Latin America and Asia in the early modern period and decided to write about that for my PhD. I got my doctorate in 2014 from Columbia University in New York where I worked with Adam McKeown and Dorothy Ko.

I was a Getty Research Institute pre-doctoral fellow in 2013-14 and since finishing the PhD I have done two postdocs at the European University Institute in Florence, Italy and the Kunsthistorisches Institut (Max-Planck Institut), also in Florence. I was also a Teaching Fellow at Sciences Po in France for a year before joining the University of Edinburgh in 2018.

Broadly speaking my research covers the areas of global history, material culture studies, colonial Latin American history and the emerging new field of global Asian studies. I focus on the early modern period and am particularly interested in how we think about the connections between people, places and things in that era. I specialize on the connections between colonial Latin America and Asia and have found it especially useful to use the methdologies and approaches of material culture studies to investigate the connection between the two regions.

"Gender and Material Culture History" in A Companion to Global Gender History, eds Teresa A. Meade and M.E. Wiesner-Hanks (Wiley, 2020).