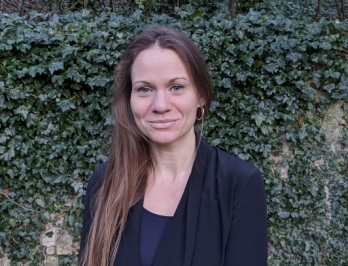 I specialise in the history of Afro-Latin America and the African diaspora, with a focus on race, gender, and religion in Colombia and the Caribbean.

I am currently working on a book manuscript, Between Waters and Forests: Black Religions in Eighteenth-Century Colombia, the first full-length study on African-descended religion in New Granada. With a focus on gender, materiality, and labour, this research illustrates how place was central to the formation of African-descended religions in New Granada, a colony where the Black Atlantic and the Pacific uniquely intersected. Between Waters and Forests examines the religions of African-descended persons who were inscribed in the Spanish colonial archive as negro/a (black), mulato/a (of black and European ancestry), and zambo/a (black and indigenous ancestry), rewriting the history of early modern New Granada as transculturally diasporic.

My second book project, Transimperial Blackness: Slavery and Freedom in Jamaica and New Granada, explores the interconnected political and cultural histories of people of African descent in Jamaica and the Viceroyalty of New Granada during the eighteenth century. Jamaica and Colombia, rarely considered together yet just 500 miles apart (approximately the distance from Aberdeen to London), have shared histories of the slave trade and black freedom. The vast majority of enslaved people brought to the Colombian Caribbean port of Cartagena de Indias in the 1700s came through the British asientos (the Spanish slave trade contract system) and the majority of captives arrived from or through Jamaica. Transimperial Blackness examines the shared histories of black communities in Jamaica and New Granada, recasting understandings of the slave trade, inter-Caribbean and intra-American mobilities, and the Black Atlantic.