A tribute to Professor Douglas Falconer, by John Falconer.

My father, Douglas Falconer, Professor of Genetics at the University of Edinburgh from 1968 to 1980, recorded these reminiscences on tape in the year 2000, at a time when his failing sight made it impossible for him to write them down.

After the tapes had been typed out for the first time, with help from the Genetics Department, for which he was very grateful, he added a brief introduction stating:

I recorded this at John’s request, so it is written primarily for him. I have included only what he wanted to know and what I thought might interest him. Margaret corrected my many mistakes and omissions of things I had forgotten to say.

This is dated November 2000. Since then I have made minor editorial corrections to the text, divided it into chapters and added a few footnotes and some illustrations from his archive.

The early photographs up to 1924 were taken by his mother Lillias or her family, and most of the later ones by Douglas himself. Readers mainly interested in his professional life should go to chapters 8 and 9.

Fuller accounts of his scientific career can be found in the obituaries written in 2004 by Professor John Bowman for the Royal Society and Professors William Hill and Trudy Mackay for the periodical Genetics.

William Hill also wrote an appreciation for the Royal Society of Edinburgh. An account of the early days of the Institute of Animal Genetics in Edinburgh is given in an article which Douglas wrote in 1993. 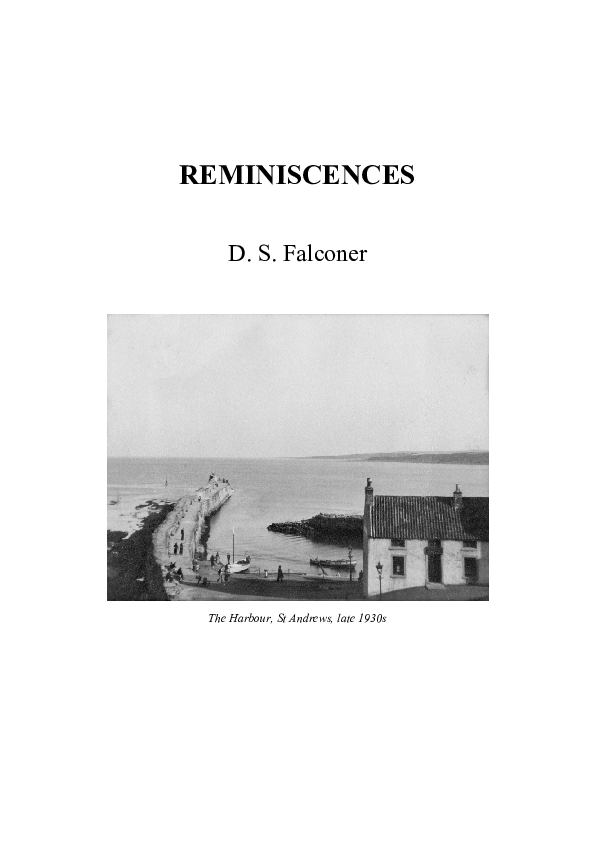